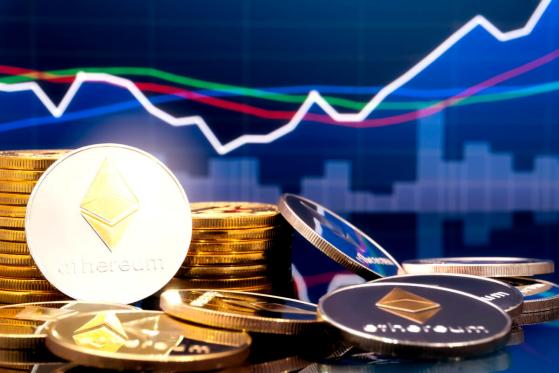 Most of the people involved with crypto believe that Ethereum (ETH), the second biggest cryptocurrency by market capitalisation, is a coin that will always be needed. However, there have always been theories that the ETH token itself may become obsolete, and the network could function without the asset.

In a newly published TechCrunch article, Jeremy Rubin, a Bitcoin Core contributor and a technical advisor to Stellar (XLM), argues that the ETH digital asset could become unnecessary. The article caused immediate disputes, with the Ethereum community defending the utility of ETH:

Rubin states that the Ethereum platform could become very successful, with the Ethereum Virtual Machine (EVM) being used for decentralized applications (dApps), as promised. However, he argues that miners may choose to include token-only transactions, thus bypassing the need to pay for gas using ETH.

“If all the applications and their transactions can run without ETH, there’s no reason for ETH to be valuable unless the miners enforce some sort of racket to require users to pay in ETH. But if miners are uncoordinated, mutually disinterested, and rational, they would prefer to be paid in assets of their own choosing rather than in something like ETH,” Rubin claims.

“[I]n a stateless ecosystem, replacing ETH is a Pareto Improvement (i.e., all parties are better off). The only party disadvantaged is existing ETH holders,” he concludes.

In a lengthy Reddit reply, Ethereum’s co-founder Vitalik Buterin refuted that argument, stating that while possible in theory, the extinction of ETH is highly unlikely to happen, pointing at two imminent changes in the Ethereum protocol.

“Economic abstraction can still happen at the user level; users could pay in spankchain tokens, but the block proposers would still need to cough up ETH. One could also use intermediate solutions, where third parties create "wrapper transactions" that take the fees for operations from users that are paid in spankchain tokens, and the third parties provide the ETH to the block proposer,” Vitalik writes.

In a similar vein, Rubin has stated that the Stellar network may have the same problem with XLM, as the asset becomes unnecessary.

Ethereum has seen arguments about its imminent failure also in the past, mostly from Bitcoin maximalists. However, for now, Ethereum shows stability, due to several factors. Initial coin offerings (ICOs) on the platform have been very active in 2017 and 2018, and both the Ethereum network and ETH assets were key to running all those thousands of ICOs.

For now, a large part of all dApps and projects are built on Ethereum. There are only a few exceptions that move on to new networks, such as EOS, Stellar, and KIN, which has a dual project using both Ethereum’s and Stellar’s blockchains.

Not even platform coins have managed to displace Ethereum. In fact, the model of Ethereum proved successful, giving rise to dual-asset models, as in the case of NEO, VeChain (VET), and other networks. The presence of other networks and systems, even as influential as EOS, have not brought Ethereum to zero. On the contrary, it was other networks that suffered a deep crash, seeing assets like NEO sink to as low as $17 from peaks near $200.

The depressed ETH market price is worrying, but for now, it is early to tell if the Ethereum Virtual Machine could work without the asset, only using tokens as alternative payments.

So far, there has been no sign that the Ethereum miners are ready to do away with ETH, leaving the asset with no use cases. After the news, ETH traded at around $288 on Monday noon (UTC), down some 1.4% on a daily basis.

Neither the author nor the publication assumes any responsibility or liability for any investments, profits, or losses made as a result of this information. Cryptocurrency trading and investing are risky propositions, and market participants are advised to always conduct thorough research.