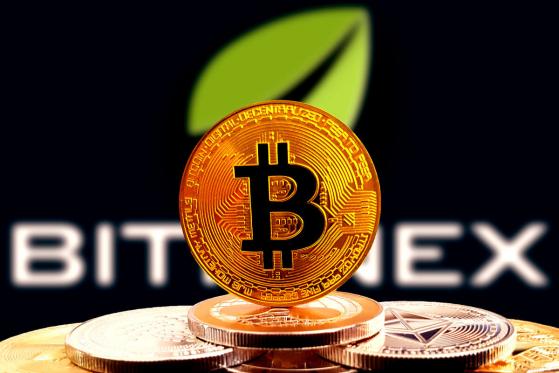 Bitcoin (BTC) prices are once again finding support from Tether (USDT), after the treasury wallet sent 100 million tokens to the Bitfinex hot wallet, in yet another move allegedly aimed at propping up cryptocurrency prices.

The transaction, completed in the afternoon of September 2, has depleted the treasury, which now holds a little above 130 million USDT. In previous days, Tether retired two batches of tokens - 30 million tokens on August 29, and another 40 million on August 31.

Tether interventions in August supposedly helped lift BTC prices to key levels, at first saving the coin from dropping below the $6,000 level. Next, BTC broke above $7,000 again on several occasions, and even went above the $7,100 level.

While the tranches of USDT are small compared to the entire BTC trading volumes, data from CryptoCompare shows that Bitfinex has expanded its share in dollar-position trading. Bitfinex carries 65.97% of dollar-denominated volumes, and USDT pairs take up more than 54% of BTC trades. Bitfinex is allegedly affiliated with Tether.

Even a small amount of tokens could be used for orders that increase prices. However, some have noted that the USDT market no longer serves as a trigger for real cash trading. Japanese traders have retreated, and the yen has a share of around 12% for weeks, while the share of USDT pairs went as high as 57% ahead of the weekend.

On Monday, as of 5:10 UTC, BTC prices stood at $7,210.78. Trading volumes were at their usual level of the equivalent of $4.2 billion. However, this includes all altcoin markets, and the dollar-like volume for BTC is much lower. Real fiat volumes are even lower than that.

On Bitfinex, BTC trades at a slight premium of 7,218.10. CoinMarketCap shows the exchange has taken the lead over Binance in the BTC/USDT pair, becoming the largest BTC market, after excluding the volumes on Bitmex and Bitforex.

In the meantime, Binance has increased its USDT wallet to 808.7 million tokens, which flow into altcoin markets. However, Bitfinex once again shows it has a disproportionate effect on BTC prices, based on the evidence of an immediate price reaction after sending additional USDT. There is no way to show if there is outright trading manipulation, but the coincidence has led many in the crypto community to suggest Tether may be capable of affecting BTC prices directly.

Neither the author nor the publication assumes any responsibility or liability for any investments, profits, or losses made as a result of this information. Cryptocurrency trading and investing are risky propositions, and market participants are advised to always conduct thorough research.