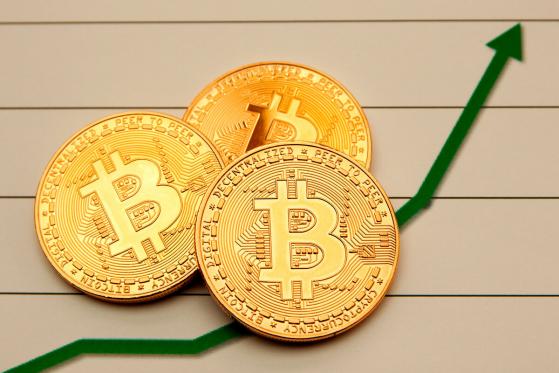 Satis Group, a cryptocurrency and initial coin offering (ICO) advisory firm, expects the price of Bitcoin (BTC) to surge drastically over the next 10 years despite the recent market downtrend.

According to a recently published report, dubbed “Cryptoasset Market Coverage Initiation: Valuation”, BTC will reach almost $33,000 next year, rising more than fourfold compared to its current price of around $7,000, and exceeding its all-time high of nearly $20,000 reached in December 2017. In three years, the original cryptocurrency is projected to jump to nearly $72,000. The coin’s five-year increase i set to see it standing at over $96,000, while in 2028 its value may reach the whooping $143,900.

In addition to being bullish on Bitcoin, Satis analysts predict significant appreciation of Monero (XMR), with the coin gaining more than 38,000% over the next 10 years, bringing the price from its current level of around $103 to $39,584. Among the high growth cryptocurrencies is also Dash (DASH), which is seen trading at $2,927 by 2028, or some 1,459% up compared to its current value of $188.

Furthermore, Satis estimated that Bitcoin Cash (BCH), which is currently trading at around $558, will continue to lose steam and reach $180 over the next 10 years. Similarly, the report suggest that Ripple (XRP), which is now struggling at $0.3 levels, will decline to $0.004 by 2028.

Satis explained that “Most ‘Other Utility’ application-specific networks hold very little value, in their current construct”. EOS (EOS) and Ethereum (ETH) are also expected to decline over the next 10 years due to issues with governance and user interface. Meanwhile, coins like Bitcoin, Monero and Decred should see their prices spike as they are "cryptoassets which apply unique value propositions within deep and viral markets”.

"Within the currency networks, we continue to see upside in networks that have cultivated relatively organic growth and community (such as LTC), meaningful downside from networks that have inherited brand recognition and potentially short-lived adoption during hiccups from their fork-parent (such as BCH), and very little value in networks that are misleadingly marketed and not even required for use within their own network (such as XRP),” Satis explained.