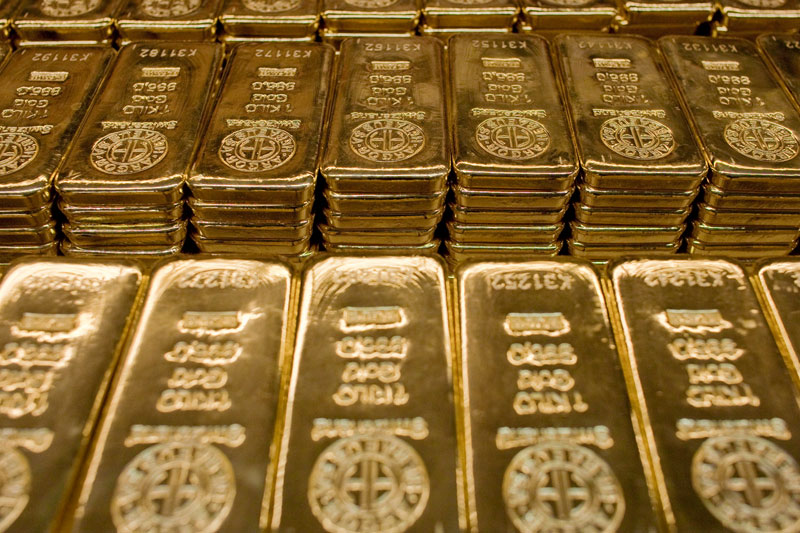 Gold prices fell Monday morning in Asia, a day after Chinese President Xi Jinping gave a speech about his government’s determination to engage in economic reforms amid an escalating trade war between Beijing and Washington.

Xi told UN Secretary-General Antonio Guterres in Beijing that “China’s determination to fully deepen reforms will not change. We are willing to use practical actions to drive all parties to jointly adhere to trade liberalization and facilitation and build an open world economy.”

The U.S. and China slapped 25% tariffs on $16 billion worth of products on each other in late August, rattling markets, while Reports suggested that the Trump administration was prepared to impose tariffs on an additional $200 billion of Chinese goods as soon as this week.

In other news, Japanese Prime Minister Shinzo Abe said on Sunday that his country’s relationship with China had returned to a “normal track”. The leader of the world’s third largest economy, Abe, is expected to visit the world’s second largest, China, at the end of October. Abe also said last Friday that the financial conversation with China was “extremely good” and both countries will keep on cooperating in macro-economic policies and measures.

Chan Chun Sing, Singaporean Trade and Industry Minister, said on Saturday that trade talks between 16 signatories of the China-supported Regional Comprehensive Economic Partnership (RCEP), including China, Japan, Australia, India, New Zealand, South Korea and the 10 members of the Association of Southeast Asian Nations (ASEAN), had agreed on key elements of the deal last week and a broad agreement is expected to be reached in November.

“We are looking for that broad agreement, that milestone to be achieved, or what we call substantial conclusion, when the leaders meet at the end of the year.”

The U.S. dollar index, tracking the greenback against a basket of currencies, rose 0.05% to 95.1 on Monday.