'No Sign of the Petro Here': Mystery and Confusion Besets Venezuela's Crypto 'Revolution' 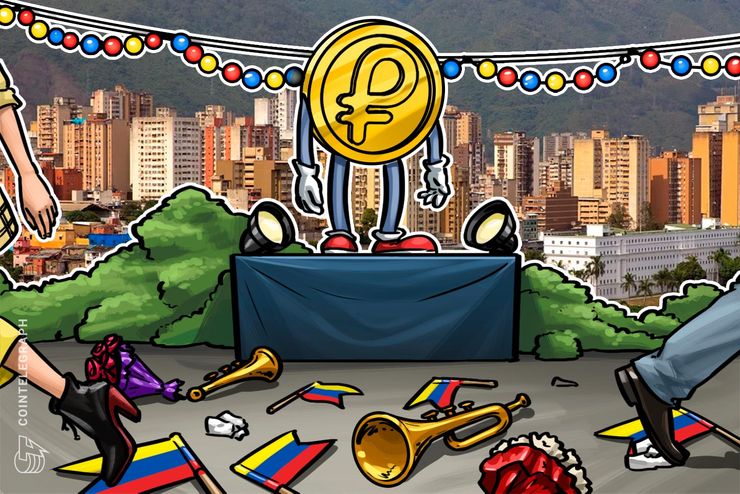 Reuters has today, August 30, published an investigative report into Venezuela’s national oil-backed cryptocurrency, the Petro (PTR), attempting to square government claims with facts on the ground and evidence of the Petro’s transaction history to date.

Reuters dispatched reporters to the central Venezuelan hamlet of Atapirire, which sits at the heart of the 380-square-kilometer territory that the president has said can provide the 5 billion barrels of petroleum needed to back the new cryptocurrency.

Amid rampant hyperinflation in the Venezuelan economy, President Maduro last week introduced a rebranded fiat currency – the sovereign bolívar, which will have five fewer zeros than its ailing predecessor, the Bolívar Fuerte (VEF). The new currency has in turn been tethered to the fledgling Petro, valued at around $66 – the price of one barrel of Venezuelan oil.

Venezuelan-born energy policy expert Francisco Monaldi told Reuters that the allegedly oil-rich territory “lacks [the] crucial infrastructure” – including roads, pipelines and power generation facilities – to extract the reserves. Monaldi noted that “there is no investment plan for this area and no reason to think it would be developed before other fields with better conditions.”

Reuters’ investigators claim that the area on the ground showed little sign of oil-industry activity, with only scattered and weathered rigs to be seen.

The article also refers to a recent opinion piece from former Oil Minister Rafael Ramirez, who has estimated that reviving the area would cost at least $20 billion – an astronomical sum for the debt-saddled state-owned oil firm PDVSA. Ramirez has reportedly written that “the petro is being set at an arbitrary value, which only exists in the government’s imagination.”

As Reuters notes, the Petro does not currently trade on any of the major international crypto exchanges. Hong Kong-based Bitfinex told Reuters that it officially banned the token from its platform in the wake of U.S. sanctions. Other exchanges – including Coinbase, Bittrex and Kraken – reportedly declined to comment as to why they have chosen not to list the Petro.

Of the 16 minor exchanges that are said to support Petro trade, Reuters could not discern any internet presence for seven of them. Seven others reportedly did not respond to requests for comment. Only India-based Coinsecure has publicly pledgedto support the petro, in exchange for royalties from Venezuela.

Reuters further undertook an effort to probe official statements from president Maduro that sales of the Petro have raised $3.3 billion to date. According to the Petro white paper, Singapore-developed NEM tokens serve as the “preliminary” token for the initiative, later to be exchanged for Petros.

According to Reuters, records from March show that a NEM account allegedly operated by the Venezuelan government issued 82.4 million tokens as part of an ICO that was first announced in late February. Around 2,300 of those tokens were found to have been transferred to 200 anonymous accounts in early May, at a total value of about $150,000, based on Reuters’ calculations.

In April, records reportedly show that a single NEM account issued a total of around 13 million tokens to around a dozen accounts, which Reuters calculates could have raised about $850 million. While the issuance in question is said to have targeted “major investors,” no one has reportedly to date publicly confirmed having made an investment of this scale in the Petro.

“This certainly doesn’t look like a typical ICO, given the low level of transaction activity. We have found no evidence that anyone has been issued a petro, nor of it being actively traded on any exchange.”

Cabinet Minister Hugbel Roa reportedly told Reuters last week that the technology behind the coin is still in development and that “nobody has been able to make use of the Petro...nor have any resources been received.”

Ahead of Reuters’ investigations, significant voices from the Venezuelan crypto community have this month similarly scathingly denounced the petro as little more than an opaque “stunt” backed by a centralized and debt-crippled entity.