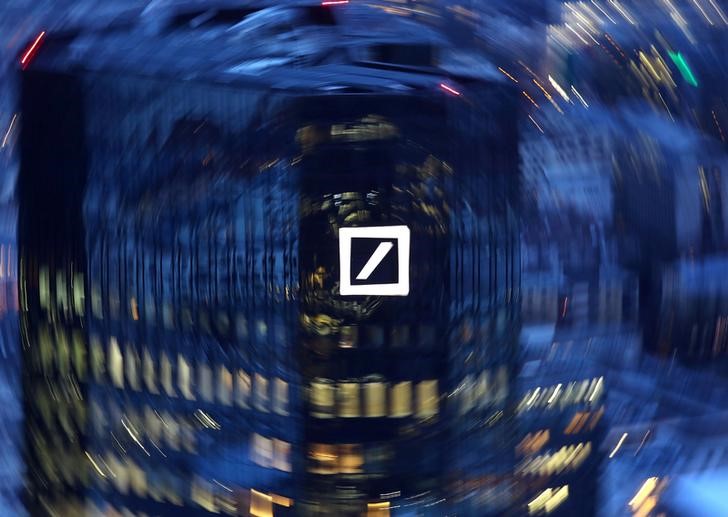 Five traders from Deutsche Bank (DE:DBKGn) and Barclays(L:BARC) gamed the financial system to rip off counterparties in a four- year plot to rig benchmark interest rates, prosecutors alleged on Wednesday.

James Waddington, a lawyer for the UK Serious Fraud Office (SFO), told London's Southwark Crown Court that the defendants fixed the odds "in a zero sum game" as he opened the prosecution case in a trial expected to last until the end of July.

Waddington told the jury they now had to decide whether the remaining five defendants, one of whom is being tried in absentia, were part of the same conspiracy.

"They were involved in effectively gaming the financial system to rip off a lot of people they did business with," he told the court.

It is the fifth SFO prosecution of traders on conspiracy to defraud charges relating to benchmark rate manipulation in a six-year investigation.

Some of the world's most powerful financial institutions have paid around $9 billion to settle allegations of rate rigging. Deutsche Bank paid $2.5 billion in 2015 while Barclays paid $453 million in 2012.

Former Barclays trader Philippe Moryoussef, who was absent, Briton Colin Bermingham, Sisse Bohart, a Dane, Anglo Italian Carlo Palombo and Deutsche Bank's Achim Kraemer, a German, each deny a charge of conspiracy to defraud by dishonestly manipulating the Brussels-based Euribor between 2005 and 2009.

The group, aged between 39 and 61, is the first to be charged in relation to Euribor, the Euro counterpart of the London interbank borrowing rate (Libor) - a crucial benchmark for around $450 trillion of financial contracts and loans worldwide.

The jury was told that Moryoussef, a French former trader, is now living in France and has no intention of returning to Britain to take part in his trial. He has also waived his right to be legally represented.

His absence, however, did not mean he was guilty and did not add any support to the prosecution case, the jury was told.

Waddington said that the prosecution case revolved partly around the behaviour of Bittar and Moryoussef, who were "old friends" and said evidence would include telephone recordings and messages in which they and others discussed their plans and congratulated themselves on their success.

The traders were all successful, and all driven by the desire to make even more money by trying to nudge rates to levels that would increase profits or reduce losses, Waddington said, although Bittar stood out as the highest earner.

Bittar, a Frenchman who worked at the German bank's offices in London, saw his annual 130,000 pound base salary pushed up to a commission-based package of between three and 47 million pounds. He earned so much that Deutsche Bank struck a deal with him to reduce his package, Waddington said.