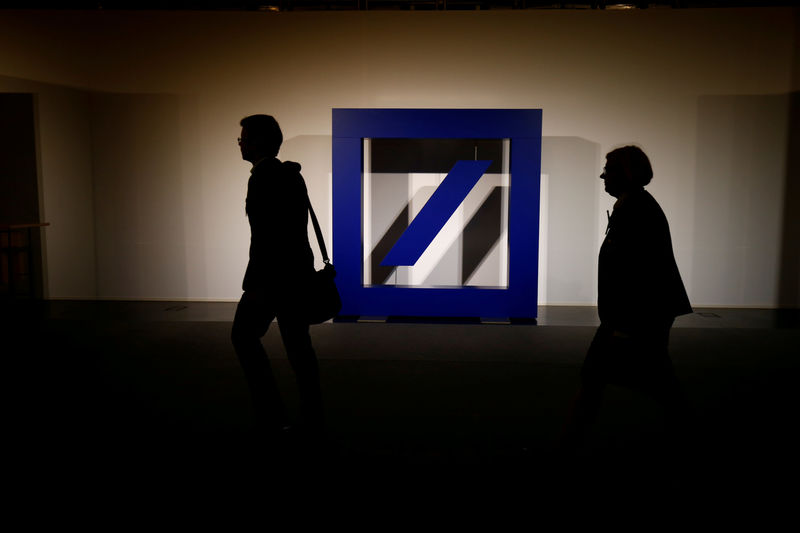 © Reuters. FILE PHOTO: The logo of Deutsche Bank is seen at its headquarters ahead of the bank's annual general meeting in Frankfurt

Deutsche Bank (DE:DBKGn) will avoid a radical shift in strategy for its investment bank and instead focus on targeted cuts to increase profitability, investment banking chief Garth Ritchie told the Financial Times.

"I expect this to continue to be a process and not an event," the Financial Times on Thursday cited Ritchie as saying. Ritchie wants cuts that outsiders "probably won't notice" because they will happen in businesses where Deutsche is not very strong.

The appointment on Sunday of Christian Sewing as chief executive and the abrupt departure of his predecessor John Cryan fuelled market speculation of radical change at Germany's flagship lender, particularly at its investment bank, as the bank has been slower than rivals to reform after the financial crash.