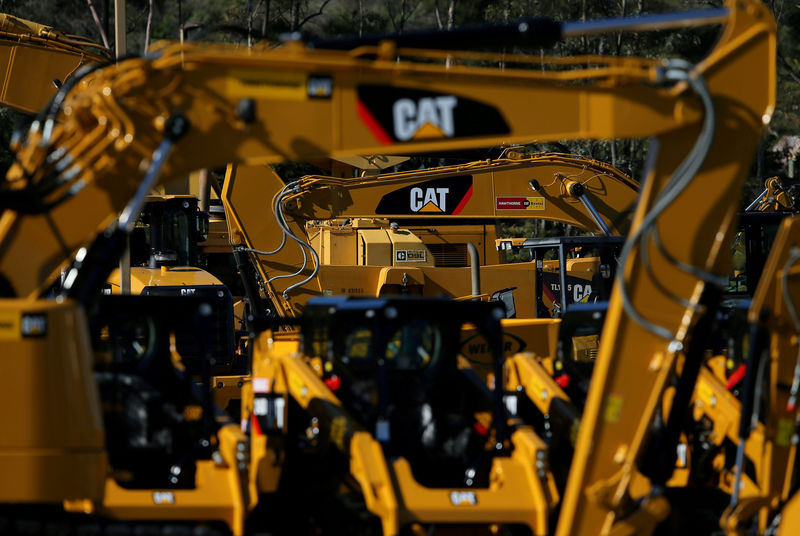 The Deerfield, Illinois-based company reported an adjusted profit of $2.97 a share in the second quarter, compared with $1.49 a share last year. Analysts on average had expected earnings of $2.73 a share.

The company, which serves as a bellwether for global economic activity, has benefited from a global economy that is having its best run since 2011.

Sales were up 24 percent from a year ago to $14 billion, driven by double-digit growth across all markets.

In the Asia-Pacific region, which accounted for nearly a quarter of company revenues, equipment sales surged 39 percent from a year ago, helped by increased construction activity and infrastructure investment in China. Sales got a lift from a stronger Chinese yuan, as well.

For oil and gas and mining machines, the demand is so strong that the company said it was taking orders for delivery well into 2019.

Yet the company's shares have been buffeted by increasing trade frictions and mounting pressure on costs. The stock has lost about 18 percent since January and last month fell to its lowest level since late October before recovering modestly.

Caterpillar said U.S. import tariffs could inflate material costs in the second half of the year by up to $200 million. It also expects supply chain challenges to continue to pressure freight costs.

The company, however, said it plans to largely offset these impacts through the price increases it carried out on July 1 and cost discipline.