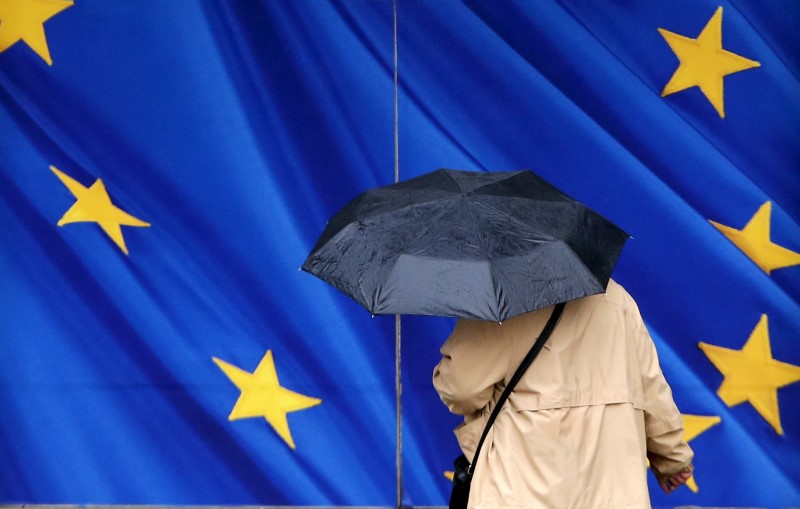 The euro zone's economy lost momentum again at the start of the third quarter after a brief rebound in June, according to survey data released on Tuesday.

Although the rate of growth remained relatively robust in July, weakened new order inflows and reduced business expectations of future activity added to the downbeat picture.

Markit said that its Flash Euro Zone Composite Output Index, which measures the combined output of both the manufacturing and service sectors, registered a reading of 54.3 this month, down from 54.9 in June.

Economists had forecast a reading of 54.8.

The flash services purchasing managers’ index declined to 54.4 this month from 55.2 in June.

That was below expectations for a reading of 55.0.

The preliminary euro zone manufacturing purchasing managers’ index inched up to 55.1 this month from a final reading of 54.9.

Analysts had expected the index to slip to 54.7.

On the index, a reading above 50.0 indicates industry expansion, below indicates contraction.

Commenting on the report, Chris Williamson, Chief Economist at Markit said that, "The flash PMI suggests the euro zone started the second half of the year on a relatively soft footing, indicative of GDP growth slowing in the third quarter."

"The July reading is consistent with quarterly GDP growth of 0.4%, down from a 0.5% expansion indicated by the surveys for the second quarter," he added. 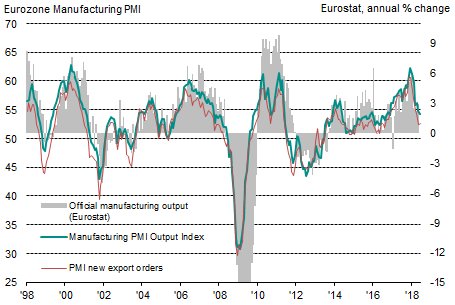