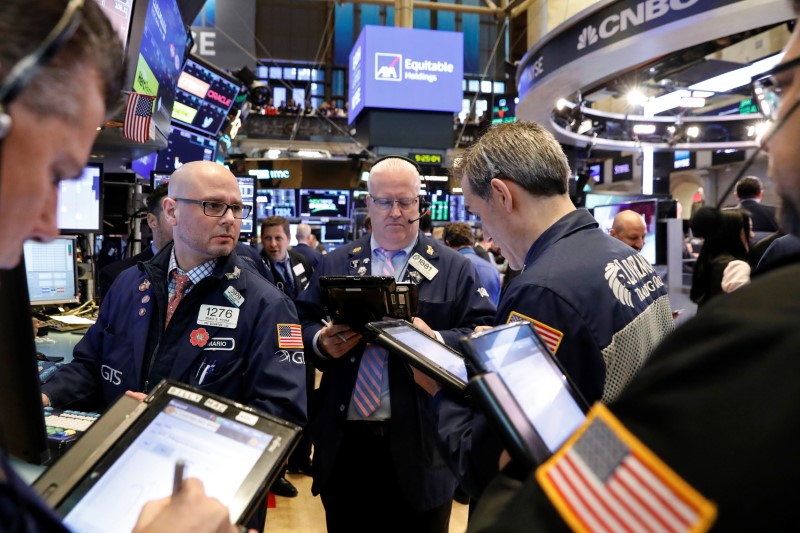 Private equity firms, armed with a record $1 trillion in cash, are investing more in public companies than at any time since the financial crisis, buying those left behind in Wall Street's nine-year bull market.

It is a bet that buyout firms can spot listed companies' potential that the stock market has been missing, and a sign of confidence in their ability to turn them around even as some of their shareholders have lost patience or faith in them.

"There are quite a few public companies that are maybe a little less exciting, maybe have made some missteps or just simply have a bit of a more complex story," said Scott Kleinman, co-president of Apollo Global Management LLC (N:APO).

"As a result, they haven't seen their valuations move at all like the general story of the market."

As cheap private deals get scarce, underpriced listed companies offer an alternative. Such bets can be risky, though, because a stock's underperformance may reflect deep-seated issues that private equity fund managers may struggle to resolve, such as emergence of new competitors in its market.

"To say the market is wrong is easy. To say that you know better is a totally different statement," said Kevin Kaiser, senior director of the Wharton Alternative Investments Initiative and adjunct professor of finance at the Wharton School of the University of Pennsylvania.

"When approaching public-to-private transactions, private equity firms have to have a very clear thesis why companies should be in private hands."

The last time buyout firms spent big on taking companies private was in the two years leading up to the financial crisis, when credit was cheap and plentiful, as it is now.

Several of these leveraged buyouts, such as retailer Toys R Us and casino operator Caesars Entertainment, ended up in bankruptcy, succumbing to the downturn and the heavy debt load private equity firms saddled them with.

In the first quarter of this year, such deals totalled $12 billion, the heftiest amount for an opening quarter in the last five years.

"There's a pool of assets out there that, despite what you read and see about the average multiples or the average increase of the stock market pricing, haven't benefited from those increases but still are solidly performing assets," said Hugh MacArthur, head of global private equity at consultancy Bain & Co.

In fact, according to S&P Global Market Intelligence's Leveraged Commentary & Data service, U.S. take-private deals last year cost buyout firms slightly less in terms of earnings multiples than other types of private equity deals, for only the second time in at least 11 years. While take-private deals cost on average 9.6 times earnings before interest, tax, depreciation and amortization, that ratio was 9.8 for other deals. (Graphic: https://tmsnrt.rs/2jWirpL)

"The activist investor agenda heightens the sense that, if you're a laggard for a long time on the public market, what do you do?" said Brad Coleman, chairman of Citi's asset managers group. "The markets are less patient, boards are less patient, management teams are worried."

Private equity executives say what sets them apart from stock market investors, who buy relatively small stakes in companies without taking over, is their ability to price their chances of turning companies around, and then work they do to achieve this.

While it takes years to assess the financial performance of private equity deals, especially those that rely on major turnarounds, there are signs that at least some of the latest take-private deals may be challenging to turn into home runs.

When Apollo bought U.S. home security company ADT Inc (N:ADT) in May 2016 and merged it with another small peer it owned, Protection 1, the combined company was worth $15 billion, including debt.

Apollo has since taken ADT public, yet its value has barely risen to just under $16 billion because investors fret over its ability to withstand pressure from new entrants in the home security sector such as Amazon.com Inc (O:AMZN).

Still, during Apollo's first-quarter earnings call earlier this month its co-founder Joshua Harris said ADT, in which Apollo still holds an 85 percent stake, remained a great investment and would eventually pay off.