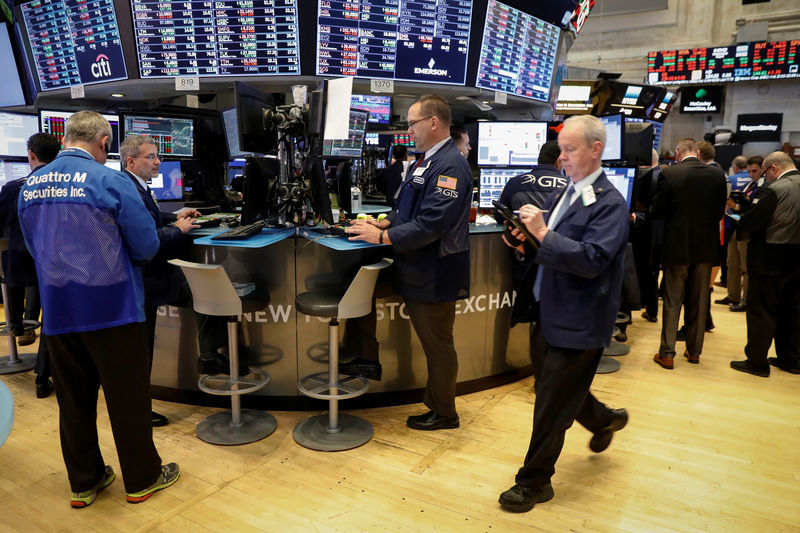 After two years of sharp gains for U.S. bank stocks, investors betting on another big boost for 2018 may be disappointed unless loan growth accelerates or regulations slacken considerably.

The S&P 500 bank sector index beat first quarter earnings estimates by 3.1 percent, and Wall Street's 2018 earnings growth consensus for the sector climbed to 32.2 percent in early May from 28.4 percent on April 1, according to Thomson Reuters data.

But strength in trading revenue, net interest margins and lower tax rates from legislation passed by the U.S. Congress in December, was not enough to offset investor disappointment over the growth rate in bank lending.

Despite better-than-expected profits, the S&P 500 bank index traded sideways in the first few weeks of earnings season, which was kicked off by JPMorgan Chase (NYSE:JPM) on April 13. As the broader market gained in early May, the sector enjoyed a five-day rally to show a year-to-date gain of 1.2 percent, a far cry from the annual gains of 20 percent in both 2016 and 2017.

The S&P 1500 bank index of small and mid-sized banks has done slightly better than the bigger banks with a 2 percent year-to-date increase. But it too pales beside 22 percent and 17 percent gains for 2016 and 2017, respectively.

Investors view the bank sector as a way to profit from rising interest rates and economic growth. Some are betting on more gains in the sector, hoping for improving loan demand, more profit growth from rising U.S. interest rates and regulatory relief, such as looser lending, trading and capital restrictions.

But others are sceptical banks have much more room to rise.

"It's hard to expect there's going to be some sort of home run for the banks," said Frederick Cannon, director of research at Keefe Bruyette & Woods.

A potential catalyst is accelerating loan growth, but that's not very likely, he added.

Lisa Welch, portfolio manager at John Hancock Regional Bank Fund in Boston, however, is expecting more gains for bank stocks, which she believes are undervalued.

The S&P 500 bank index trades at 11.34 times earnings estimates for the next 12 months compared with the historical mean of 12.56.

Welch also expects the 2010 Dodd Frank financial reform law to be amended to raise the size of banks deemed "too big to fail," and thus subject to tougher oversight. If this happens it could result in more bank mergers and share gains.

"It's a sector that benefits from rising rates, a growing economy and a more favourable regulatory environment that's trading at attractive valuations," said Welch. She also pointed to indications from bank executives during quarterly results conference calls that loan growth would pick up.

But Michael Cronin, Equity Research Analyst at Aberdeen Standard Investments in Boston, believes corporate tax cuts have actually put a damper on loan growth by increasing the cash available to companies to pay down existing debt or to invest.

"What we'll continue to see is modest loan growth. I wouldn't expect a big acceleration in the back half of 2018," Cronin said. "I'm not sure I see a catalyst out there for it."

But he sees any stock gains from a lending expansion as short lived because accelerated lending will increase credit costs.

"I don't expect stocks to fall out of bed tomorrow, but we're putting in a top," Peabody said. "By the end of this year, when we look back we'll see the first half of this year was" the peak.