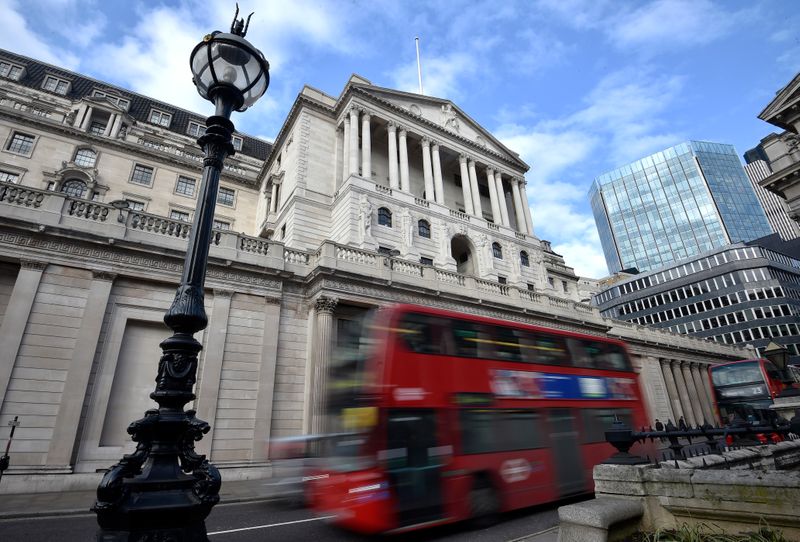 The Bank of England said on Monday that payments with 'stablecoins' - a form of cryptocurrency usually pegged to a traditional currency - should be regulated in the same way as payments handled by banks if they start to become widely used.

The central bank also said it had made no decision yet about whether to issue its own central bank digital currency, or CBDC, a prospect dubbed 'Britcoin' by finance minister Rishi Sunak when he asked the BoE to look into this in April.

"The prospect of stablecoins as a means of payment and the emerging propositions of CBDC have generated a host of issues," BoE Governor Andrew Bailey said. "It is essential that we ask the difficult and pertinent questions when it comes to the future of these new forms of digital money."

Stablecoins are cryptocurrencies designed to have a stable value relative to traditional currencies or to a commodity such as gold, to avoid the volatility that makes bitcoin and other digital tokens impractical for most commerce.

None have gained much traction in day-to-day commerce, but a proposal by Facebook (NASDAQ:FB) in 2019 to create a digital currency for use on its platforms alarmed financial regulators.

If digital currencies become big enough to have an impact on financial stability, they would require greater regulation than at present, the BoE said.

The BoE is among major central banks across the world revving up work on issuing digital cash, a move aimed at fending off potential threats to traditional money and making payments systems smoother.

The People's Bank of China is leading the charge, and the U.S. Federal Reserve last month said it would accelerate its work on a digital dollar.

BoE Deputy Governor Jon Cunliffe said last month there was a good case for the BoE to issue its own digital currency, as any private-sector alternative could be dominated by one or two big companies, with cost and privacy implications.

Richard Hay, head of fintech at law firm Linklaters, said he believed the BoE was edging towards issuing digital currency.

"The devil will be in the use-cases: explaining to consumers why they should use it, and why banks and other institutions should support it," he said.

As part of Monday's discussion paper, the BoE modelled a scenario under which a fifth of money currently held as retail deposits with British banks instead was held in new forms of digital currency such as stablecoins or a CBDC.

Such a shift would push up banks' funding costs and raise the interest rates they charged by about 0.2 percentage points, but could create cheaper sources of finance for some borrowers, it said.

Overall, the BoE concluded the impact on lending rates and credit provision was likely to be "relatively modest".

Demand for digital cash was hard to predict, the BoE said. Though the Bahamas last year became the first country to launch a CBDC nationwide, no major economy has yet made a similar move.

Greater convenience, trust and safety compared with standard payment methods could drive uptake of digital currencies, the BoE said. Although these could compete with rates of return offered on commercial bank deposits, this may have a relatively small impact on flows away form the banking system, it added.

Still, a reluctance to shift towards the technology and its complexity may stifle movement towards new forms of digital money, the BoE said