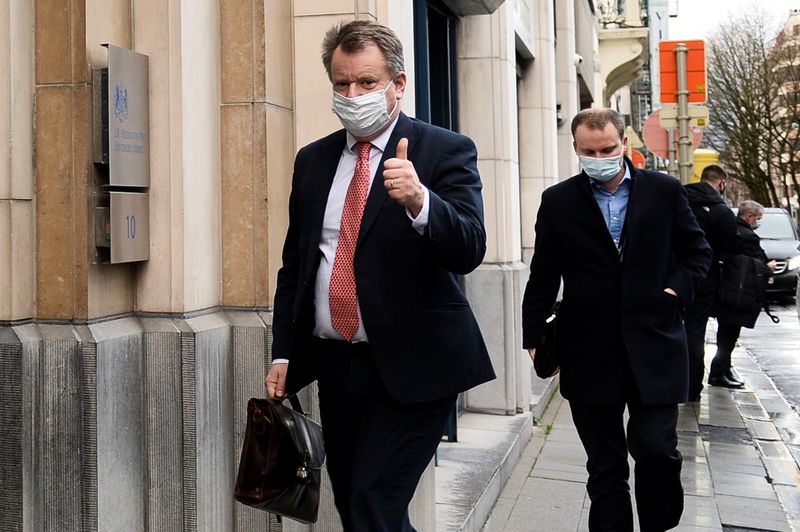 LONDON - The European Union is likely to ask for more time to ratify the Brexit trade deal, Britain's former Brexit negotiator David Frost said on Tuesday.
"We have heard informally from the commission today that we are likely to get a formal request to extend the two-month period that is in the treaty for ratification on the EU side," Frost told a House of Lords committee.
"We wait to see what that request constitutes and how long they wish to extend the process for. Obviously, it is a little disappointing given that we did discuss this only a month ago."