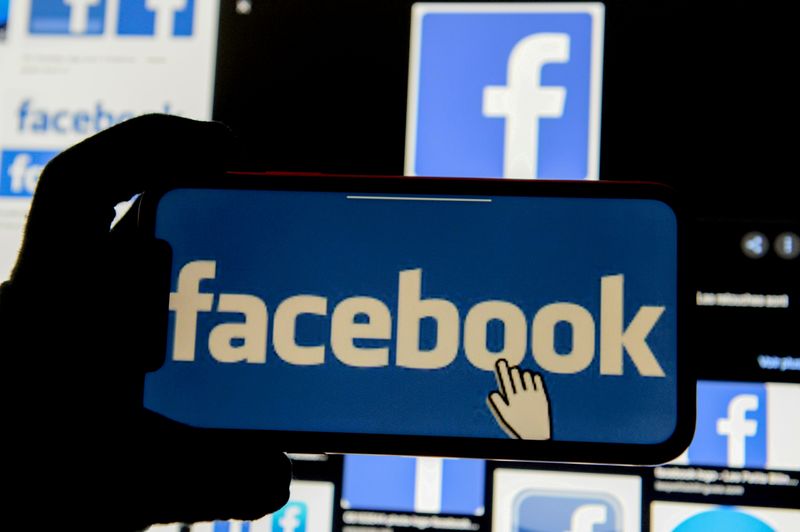 LONDON - Facebook (NASDAQ:FB) is facing a second London High Court class action over allegations it failed to protect the personal details of about one million people in England and Wales, in the latest lawsuit to spring from a scandal over data harvesting.
Journalist and writer Peter Jukes said on Tuesday he had filed a lawsuit for unspecified but "substantial" damages three years after the social media giant was fined in Britain over how third-party app "This Is Your Digital Life" gathered Facebook users' data without consent between 2013 and 2015.
The lawsuit is the second to allege Facebook allowed third-party apps to harvest the data of friends without their permission or knowledge. Litigation firm Milberg London, which is advising on a similar claim filed last October, said it was surprised to hear about the rival lawsuit.
The cases cast a fresh spotlight on a scandal that began with allegations that Cambridge Analytica, a British political consultancy hired by former president Donald Trump's 2016 U.S. election campaign, accessed the personal data of millions of Facebook users.
The UK Information Commissioner's Office (ICO) in 2018 fined Facebook 500,000 pounds ($687,000) for processing the personal data of users unfairly by allowing app developers access to their information and that of their friends without sufficiently clear and informed consent between 2007 and 2014.
A Facebook spokesperson said: "The Information Commissioner's Office investigation into these issues ... found no evidence that any UK or EU users' data was transferred by ("This Is Your Digital Life" app developer Dr Aleksandr) Kogan to Cambridge Analytica," without giving any further comment.
Cambridge Analytica, which started bankruptcy proceedings in 2018, has denied that it made use of such data for the 2016 U.S. election campaign. It has also said its pitch for work for the Leave.UK campaign for Brexit in 2016 was unsuccessful.
The latest London claim is being brought on behalf of adult Facebook users who were "friends" with a user of the app before May 2015. Jukes is being advised by U.S.-based law firm Hausfeld and the claim is being funded by Balance Legal Capital.
U.S.-style "opt-out" data privacy class actions, which bind a defined group automatically into a lawsuit unless individuals opt out, are still unusual in Britain.
The UK Supreme Court is expected to determine the law in April, when it hears a bellwether case against Internet giant Google (NASDAQ:GOOGL) over alleged unlawful tracking of iPhone users in 2011 and 2012 through third party cookies.
($1 = 0.7279 pounds)