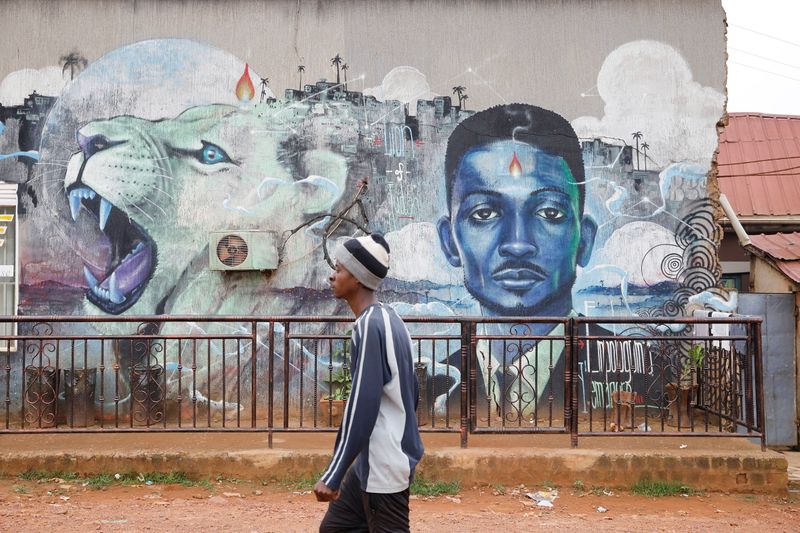 KAMPALA - Ugandan opposition leader Bobi Wine's party said on Sunday that it was preparing to challenge President Yoweri Museveni's election victory and condemned what it called the house arrest of Wine and his wife.
"We have evidence of ballot stuffing and other forms of election malpractice and after putting it together we are going to take all measures that the law permits to challenge this fraud," Maathias Mpuuga of Wine's National Unity Party (NUP) told a news conference.
On Saturday the electoral commission declared Museveni the winner of Thursday's vote, with final counts showing the president won 59% of votes to Wine's 35%. Announcing the results, the commission congratulated Ugandans on a peaceful and successful process.
The United States and Britain issued statements on Saturday calling for investigations into fraud reports and other concerns over the electoral process. The campaign and election were marked by a deadly crackdown by security forces on opposition candidates and their supporters and an internet shutdown.
The African Union sent an observation mission but has not issued a statement. An African election monitoring group that deployed 2,000 Ugandan observers reported irregularities.
Museveni, 76, in power since 1986 and one of Africa's longest-serving leaders, said after he was declared winner that the election may turn out to be the "most cheating free" in Uganda's history.
In his victory speech, Museveni he said he was in politics to address historical challenges and reiterated a pre-election message that his government would deal decisively with anyone who disrupted peace in the country.
Wine's party said at the news conference that the opposition leader and his wife are unable to leave their home, which it said is surrounded by soldiers and police who are blocking members of his party and journalists from entering.
Wine, a 38-year-old musician-turned-lawmaker whose real name is Robert Kyagulanyi, was not reachable on Sunday.
On Friday and Saturday Wine told Reuters that he believed his life was in danger, that he was being silenced by Museveni's government, and that he urged Ugandans to reject the election results.
He also called on Western governments who have provided billions of dollars in aid to Uganda to hold the government accountable for what he called "mockery of democracy."
Wine's party also said that one of its MPs, Francis Zaake, was arrested on Friday while trying to access their leader's compound. After being beaten by security forces, he was hospitalized for treatment of injuries, party spokesman Joel Seenyonye said at the news conference.
Police, military and government spokespeople did not immediately respond on Sunday to requests for comment on the scene at Wine's house, or on Zaake.
The government said during pre-election campaigning that it arrested opposition members and their supporters for breaking laws governing public order and COVID-19 restrictions on gatherings.
On Saturday, a military spokesman told Reuters that security officers at Wine's house were assessing threats he could face and might be preventing him from leaving for his own safety.