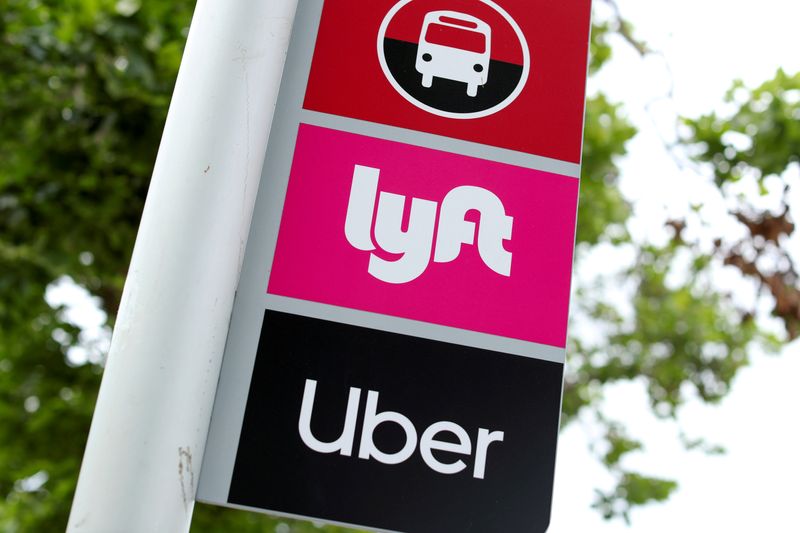 Uber and Lyft stocks soared on Wednesday after California voters endorsed the gig economy's blistering campaign not to count drivers as employees, even as questions loomed over whether the companies can secure similar privileges in other U.S. states.

Voters in California on Tuesday backed a ballot proposal by Uber Technologies (NYSE:UBER) Inc, Lyft Inc (NASDAQ:LYFT) and its allies that cements app-based food delivery and ride-hailing drivers' status as independent contractors, rather than employees.

According to state figures, 58% supported the measure, with nearly 99% of precincts at least partially reporting. The results are incomplete and must also be certified.

Uber's shares rose 16%, while Lyft jumped 18%. The companies, along with DoorDash, Instacart and Postmates, have collectively poured more than $205 million into the campaign.

Reclassifying drivers could have amounted to more than $392 million each for Uber and Lyft in annual employee-related costs, a Reuters calculation showed.

The companies warned they could cut 80% of drivers, double prices and even leave California, their home market, if they lost. California represented 9%, roughly $1.63 billion, of Uber's 2019 global rides and food delivery gross bookings, and some 16% of Lyft's total rides.

The ballot measure, known as Proposition 22, marks the culmination of years of legal and legislative wrangling over a business model that introduced millions of people to the convenience of ordering food or a ride online.

While the proposal maintains workers' status as independent contractors, it provides them with some benefits, including minimum pay rates, healthcare subsidies and accident insurance.

Uber in an email to California drivers on Tuesday night said it looked forward to providing the new benefits as soon as possible and would offer more details in the coming weeks.

"The future of independent work is more secure because so many drivers like you spoke up and made your voice heard - and voters across the state listened," the Uber email said.

Uber is scheduled to report third-quarter results after the bell on Thursday.

A group of labor organizations that organized a campaign to oppose Proposition 22 with a fraction of the companies' funding on Tuesday night called the Yes campaign deceitful.

"The end of this campaign is only the beginning in the fight to ensure gig workers are provided fair wages, sick pay and care when they're hurt at work," Art Pulaski, Executive Secretary Treasurer of the California Labor Federation, said in a statement.

The question of whether gig workers should be treated as employees has also become a national issue in U.S. politics, dividing Democrats and Republicans.

Democratic presidential candidate Joe Biden and his running mate, Senator Kamala Harris, have both voiced their strong support for California's labor law, while the U.S. Labor Department under President Donald Trump has published a rule that would make it easier to classify workers as independent contractors.

While trend-setting California had been the first state to pass a law that requires companies that control how workers do their jobs to classify those workers as employees. But it is far from the only one and unlike in California, laws in many other states could not be reversed by ballot measure.

Edward Yruma, an analyst at KeyBanc Capital Markets, said the measure could provide a template for other jurisdictions to provide drivers enhanced protections and benefits without reclassifying them employees.

Legislators in Democratic New York, New Jersey, Washington, Oregon and Illinois have introduced similar laws, which have been halted by the outbreak of the novel coronavirus. Several other states have launched audits over failures by app-based companies to pay into unemployment insurance.

Massachusetts in July sued Uber and Lyft over allegedly misclassifying their drivers.