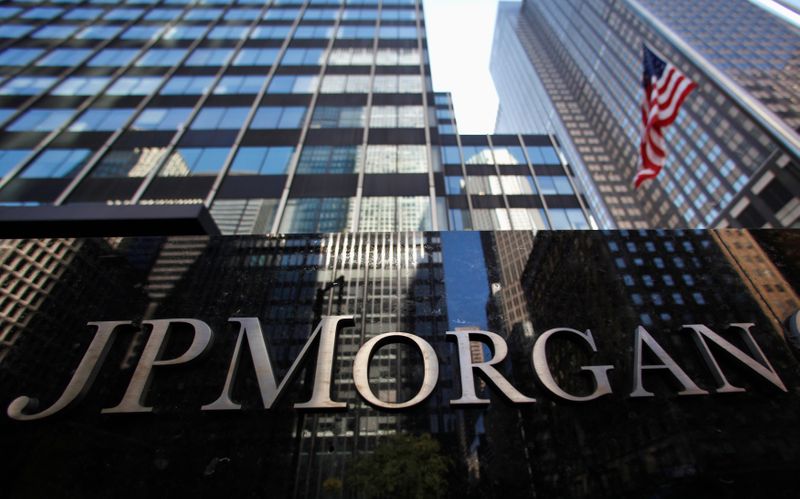 JPMorgan Chase (NYSE:JPM) & Co is set to pay nearly $1 billion to resolve market manipulation investigations by U.S. authorities into its trading of metals futures and Treasury securities, a person familiar with the situation said on Wednesday.
The large fine would lift a regulatory shadow that has hung over the bank for several years and mark a signature victory for the government's efforts to clamp down on illegal trading techniques, such as spoofing, especially in the precious metals markets.
JPMorgan has said in public filings that it was in discussions with authorities about resolving the investigations.
The settlement with the Department of Justice, the Securities and Exchange Commission (SEC), and the Commodity Futures Trading Commission (CFTC) could come as soon as this week and is not expected to result in any restrictions on the bank's business, the person said.
The SEC declined to comment. The CFTC and Justice Department did not immediately respond to requests for comment. The settlement was first reported by Bloomberg News.
JPMorgan shares fell about 1.6% on Wednesday, less than the declines by other major banks.
Spoofing is a practice in which traders place orders they intend to cancel to move prices to benefit their market positions. The Justice Department has taken aim at the practice in recent years, using sophisticated data analysis tools to spot potential wrongdoing that it could not previously detect.
Reuters has reported that around 2017, the agency began using techniques it originally developed to spot healthcare fraud schemes to identify suspicious trading patterns, including by scanning activity on exchanges.
“The idea was: let’s mine this data source to see who the worst actors are,” Robert Zink, a top Justice official who helped lead the effort, told Reuters in May.
The agency has already charged six JPMorgan traders for manipulating metals futures between 2008 and 2016.