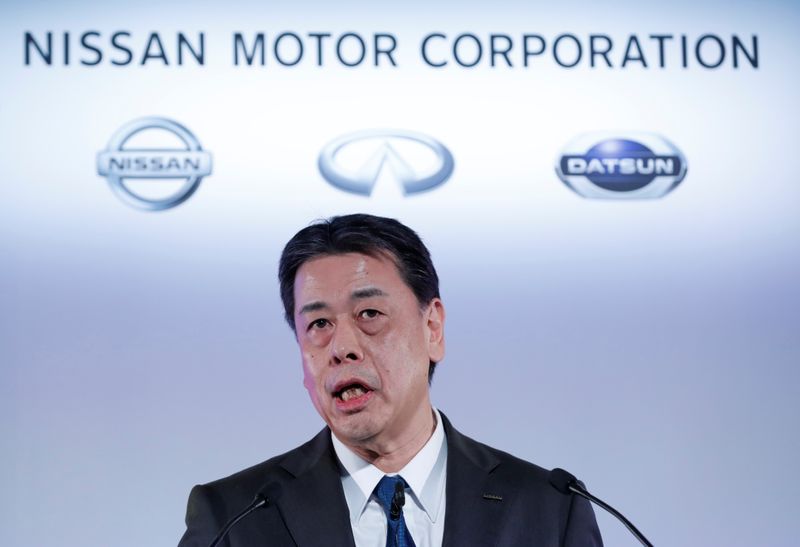 Shares of Nissan Motor Co (T:7201) sank to their lowest in more than a decade on Friday, after deep cuts to the troubled Japanese automaker's earnings forecast and dividend raised questions about its future profitability.

Japan's No.2 automaker is reeling from a scandal surrounding former chairman Carlos Ghosn that has also had a knock-on effect on its French partner Renault SA (PA:RENA), shares of which hit their lowest in more than seven years after it earlier posted its first annual loss in a decade.

Nissan on Thursday posted its first quarterly net loss in almost ten years and warned that full-year operating profit would be its weakest in 11 years. It also slashed its full-year dividend outlook to the lowest since 2011.

"It is too early for a halt in the downward trend in Nissan's share price in this environment," Jefferies analyst Takaki Nakanishi wrote in a note to clients following the results on Thursday.

The sell-off since Ghosn's arrest over financial misconduct allegations in November 2018 has wiped out nearly half the market value of both Nissan and Renault.

The automaker's dividend cut will be particularly painful for top shareholder Renault, which in turn said it would cut its dividend for 2019.

The financial performance of the two automakers is deeply intertwined, as a chunk of Renault's net profit comprises contributions from Nissan. In 2019, Nissan contributed just 242 million euros to Renault, a drop of 84% from the previous year and its lowest input since 2009.