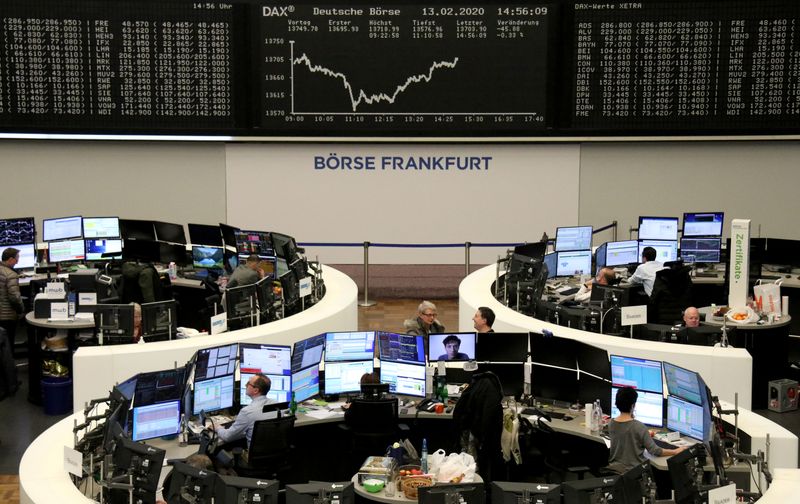 European shares inched up to a record high on Friday ahead of fourth-quarter GDP data from the EU, while concerns over the coronavirus outbreak eased after the World Health Organization downplayed a recent spike in cases.

The pan-European STOXX 600 index (STOXX) rose as much as 0.1% to a record high of 431.42, eyeing a second straight week of gains following a relief rally earlier in the week.

Investors were awaiting the European Union's fourth-quarter GDP flash estimates at 1000 GMT, which are expected to show the European economy barely expanding between October and December amid a manufacturing slump and global trade headwinds.

The virus outbreak could further hurt growth, given China's position as one of the bloc's largest trading partners.