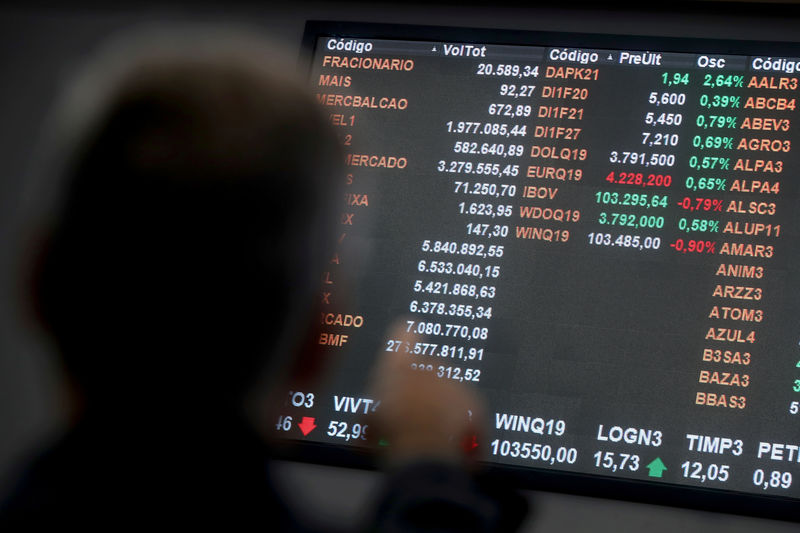 Banks and other short-term dollar borrowers are becoming ever more reliant on the $3.2 trillion-a-day foreign exchange swap market, data shows, leaving them dangerously exposed should U.S. lenders stop feeding the system, even if only temporarily.

Swaps users had a scare in September, when the U.S. Federal Reserve had to pump cash into markets as rates in the $2.2 trillion (£1.7 trillion) U.S. "repo" market spiked and spilled into FX swap markets, sending the premium to borrow dollars shooting higher.

"It affected us in the FX swaps market a great deal. There was a lot of panic around, spreads widening, increased volatility," said James Topham, a forex forwards trader at Canadian bank BMO, adding that on Sept. 16 "unusually large and persistent" dollar borrowing was evident from clients.

Such reminders of potential disruptions to the "plumbing" of money markets, best exemplified during the 2008 financial crisis, have regulators on guard for anything that could trigger a repeat.

Some now fear that swaps could be that catalyst, possibly as soon as the end of 2019, if U.S. banks, the main conduit for dollars, cut back lending to meet cash reserve rules.

"Around year-end ... the normal supply dynamics will be thrown out," said Topham.

Reflecting the increased reliance on currency markets to borrow dollars, FX swap volumes have grown to represent 49% of total currency trading, from 42% in 2013, Bank for International Settlements (BIS) figures from August show.

This has led the International Monetary Fund (IMF) and the BIS, as well as monetary policymakers such as the European Central Bank, to keep a wary eye as the cost of borrowing dollars has inched higher in the past decade, making it more costly for global banks and companies to fund investments.

Unlike regular 'spot' currency transactions, swaps involve two parties swapping one currency for another. Repayment is after a set period and fixed at a forward exchange rate determined by the gap in interest rates on the two currencies.

Many central bankers say bank borrowing and funding via swaps, which are typically used for hedging, day-to-day liquidity management or even speculation, is driving the increase in FX swaps as they are "off-balance sheet".

This is favourable for banks and companies because the lower their debt, the higher their credit rating. It is also cheaper to hold a smaller amount of debt on the balance sheet.

One central bank official said that authorities were keeping an eye on the end-2019 period but they are also concerned about borrowers' ability to refinance.

"A lot of FX trading activity is very short term. That could expose banks to significant rollover risks," the official added.

Borrowing via swaps could amount to $14 trillion or more, Claudio Borio, head of the BIS monetary and economic department estimated.

And the dollar funding gap, the difference between non-U.S.-banks' dollar assets and liabilities, may be up to $1.5 trillion, said Tobias Adrian, director of monetary and capital markets department at the IMF.

"Much of that has to be funded in FX swap markets, and those markets can be fragile," Adrian told Reuters.

While the IMF has "a very granular breakdown" of FX swap borrowing and risk managers typically perform stress tests on banks, Adrian said it remains a "worry".

The central bank official said stress tests implied some banks use swaps for more than 10% of their funding, while the BIS says dollars are on one side of 90% of all currency trades.

Because dollar demand is so high, lenders ask for a price premium known as the cross-currency basis, which tends to become more negative as dollar shortages deepen.

This is increasingly costly for non-U.S. banks without dollar deposits and dollar-denominated collateral and these must turn to swaps to finance trade and hedge investments.

Other dollar-dependent borrowers, particularly in emerging markets, are also suffering.

Aside from U.S. banks, potential winners could include suppliers of petro-dollar liquidity such as major oil firms.

Money market traders and regulators do not expect a re-run of the 2008 and 2011 crises, when dollar borrowing dried up outside the United States as U.S. banks hoarded it at home.

While the global dollar swap market lacks such a backstop, central banks outside of the United States can provide dollars via "emergency liquidity assistance", aimed at financial institutions that are facing temporary liquidity problems.

Nonetheless, as year-end nears, traders are on edge because big U.S. banks often reduce cash on deposit at the Fed to comply with rules requiring them to show sufficient cash buffers, meaning they lend out fewer dollars.

This causes periodic spikes in dollar funding premia "in FX swaps and repo", said Olek Gajowniczek, a trader at Japanese bank Nomura, adding that regulation had made it harder for the market "to absorb unlimited quantities of FX swaps".

Before the 2008 financial crisis, the basis swap between the dollar and major currencies was negligible but has since ranged between minus 20-50 basis points, while in some countries it has moved beyond minus 100 bps, Adrian said.

The three-month euro-dollar basis swap for instance is at around minus 22 bps but spiked beyond minus 300 bps in October 2008. It touched minus 42 bps a month ago when a money market squeeze sent overnight repo rates to 10% in New York.

"We estimate that when the basis widens by 50 bps, then financial stability risks in the home country of the institutions are increasing and they're cutting down lending," Adrian added.

Traders such as BMO's Topham have become used to swap market volatility in December -- since 2008 it is the norm that the basis swap premium increases towards year-end only to re-adjust back shortly afterwards, he said.

However, he remains vigilant.

"It seems that dollar liquidity is still there, but is obviously close to a level where small things can cause big price changes," he said. "We've kinda learnt that in September."