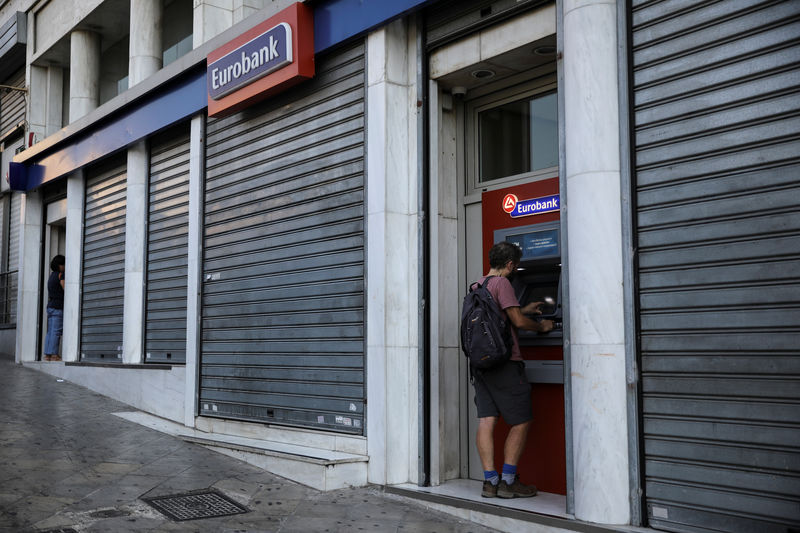 Greece's Eurobank (AT:EURBr) said on Thursday it was selling two real estate portfolios worth a combined 84 million euros (£72 million) to Brook Lane Capital and plans to put a third portfolio up for sale.

Eurobank, which is 2.4% owned by Greece's HFSF bank rescue fund after being bailed out during the country's debt crisis, repossessed most of the properties, residential and commercial, after loan defaults.

The bank, Greece's third largest lender by assets, said it wanted to focus on other property assets on its books.

"Eurobank and a Brook Lane Group company signed the initial agreements and the transactions are expected to be completed in early 2020," Eurobank said in a statement, adding that the two portfolios comprised 370 properties.

Eurobank said it has another real estate portfolio for sale in the pipeline comprising a total of 640 smaller properties, dubbed project Star.

Eurobank has cut down its exposure to non-performing loans but has also seen its profits fall this year.

Brook Lane Capital says on its website that it is currently focused on value opportunities in the Greek and Cypriot markets as it seeks investments in markets that suffered an economic or banking crisis, resulting in a dislocation in asset pricing.