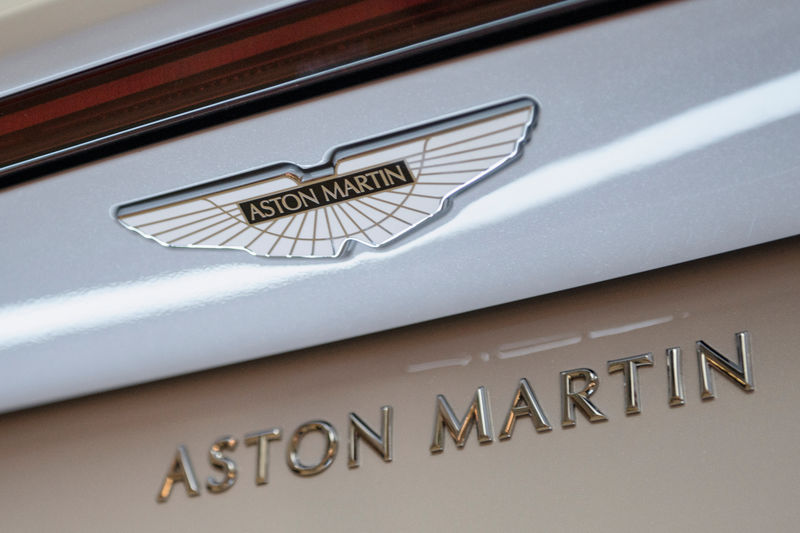 James Bond’s carmaker of choice won itself some valuable breathing space Thursday with a set of quarterly results that – (cue: dramatic music) – showed things aren’t getting any worse.

True, demand for Aston Martin Lagonda's (LON:AML) bread-and-butter DB Vantage (prices for which start at a mere $150,000) has weakened, but the figures suggest that dealers have now at least started working off excess inventory accumulated earlier in the year.

They’re still not ordering as many new ones as hoped – core wholesale sales were down 16% on the year – but retail demand has held up, with a 13% increase and an encouraging increase in market share. After a loss in the first half, the company turned an operating profit of 10.5 million pounds in the third quarter.

But the key message from Thursday’s earnings is arguably the reassurance that the do-or-die bet on the new DBX crossover SUV – built from scratch at a brand new plant in Wales with an overwhelmingly new workforce – is still on track.

The company said it expects the official launch of the DBX to take place in Beijing in two weeks’ time.

“The first production trial build has been completed, and St Athan commissioned, with start of production due in Q2 2020 as planned,” the company said in its trading update. “We are delighted with the early reception the car has received from customers and initial orders are being placed at the confidential events.”

The shares rose 8% in response at opening, but promptly fell back as the market remembered that AML will have to shift more DBXs than seems likely if it’s going to whittle down what looks like an unsustainable debt burden. They're still down over 75% from the IPO price last year.

The company had to pay 12.5% to issue $150 million in senior secured debt two months ago, the equivalent of placing itself in the hands of the neighbourhood loan sharks. The interest on that and other borrowings will more than eat up such meagre operating profits as AML is currently generating.

The company faces a debt cliff in 2022, with 900 million pounds in credit set to mature. It desperately needs the uncertainty generated by Brexit (Aston’s sales are still very U.K.- and Europe-heavy) and the U.S.-China trade war to dissipate as fast as possible so that it can refinance at more favorable rates before it gets too close to that cliff edge. In that regard, this morning’s news from China claiming a mutual agreement to roll back tariffs will help AML more than most.

However, until the DBX starts generating serious cash, the hair-raising thrills’n’spills of Aston Martin will be shared by drivers and shareholders alike.