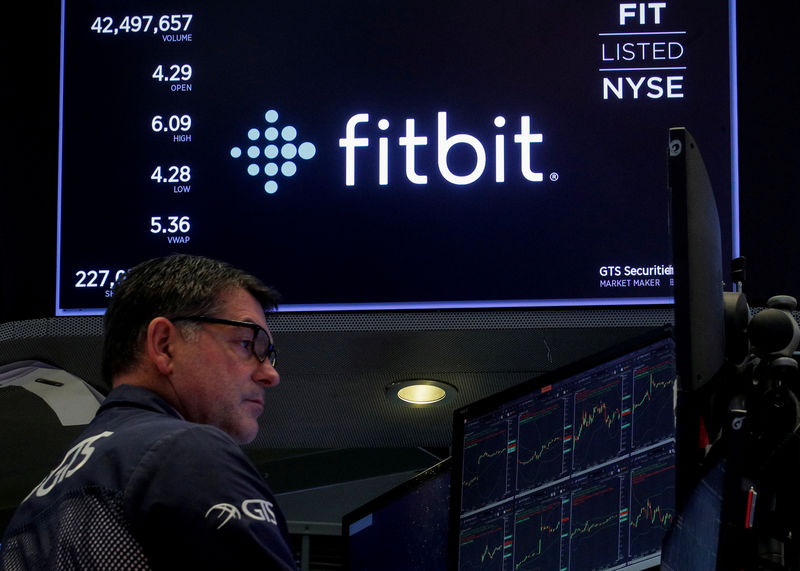 Alphabet Inc-owned (O:GOOGL) Google will buy Fitbit Inc (N:FIT) for $2.1 billion (£1.6 billion), as the biggest Web search company looks to take on Apple and Samsung in the crowded market for fitness trackers and smart watches.

Google said on Friday that it sees an opportunity to introduce its own wearable devices and invest more in digital health. The purchase will also bring a rich trove of health data gathered by millions of Fitbit's devices.

Fitbit's share of the fitness tracking market has been threatened by deeper-pocketed companies such as Apple Inc (O:AAPL) and Samsung Electronics (LON:0593xq) Co Ltd (KS:005930) as well as cheaper offerings from China's Huawei Technologies Co Ltd and Xiaomi Corp (HK:1810).

"We believe Google is a natural fit. The deep health and fitness data, coupled with the 28 million active users on the Fitbit platform, offer a tremendous value," Craig Hallum analysts wrote in a note.

Xiaomi dominates the global wearables market, with a 17.3% market share in the second quarter of 2019, followed by Apple. Fitbit owns 10% of the market, according to data from market research firm International Data Corp.

Fitbit, which helped pioneer the wearable devices craze, has been partnering with health insurers and has been making tuck-in acquisitions in the healthcare market, as part of efforts to diversify its revenue stream. Analysts have said that much of the company's value may now lie in its health data.

U.S. antitrust regulators have little reason to oppose Alphabet's plans to buy Fitbit, but that does not mean that U.S. officials, backed by a bevy of anti-Google lawmakers, will not give the proposed purchase extra scrutiny.

Google is already under antitrust investigation by the Justice Department, the U.S. House of Representatives Judiciary Committee and dozens of state attorneys general for allegedly using its massive market power to crush smaller competitors.

Fitbit has raised privacy concerns in the past: In 2011, the sexual activity of people using the health and fitness tracker was found to be publicly accessible online.

The company said on Friday that its users' health and wellness data would not be used for Google ads. Google said in a blog post that it would give Fitbit users the choice to review, move or delete their data.

Google, which has been defending its privacy practices after a number of regulatory probes, said it would be transparent about the data it collects for its devices and would not sell that data.

Fitbit brings to the deal partnerships it has struck with some large drug companies. In October, Fitbit announced a collaboration with Bristol-Myers Co (N:BMY) and Pfizer Inc (N:PFE) on early detection of irregular heartbeat, or atrial fibrillation, on its devices.

The company's shares have gained more than 40% since Reuters reported on Monday that Google had made an offer for Fitbit.

Qatalyst Partners LLP was financial adviser to Fitbit on the deal, which is expected to close in 2020. Fenwick & West LLP was the legal adviser.