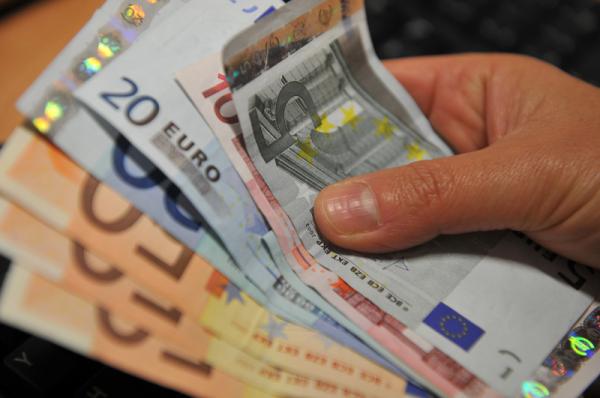 The euro’s rally may have further to run with the shared currency likely to find support from a range of factors after uncertainty over Brexit clears.

The common currency touched its strongest level in seven weeks on Thursday after the U.K. and the European Union reached a deal on Brexit. While British lawmakers could reject the pact on Saturday, the possibility of increased government spending in Europe and further U.S. interest-rate cuts may help keep wind in the euro’s sails.

It will also receive a boost if the European Central Bank looks away from monetary easing and steps up its demands for fiscal stimulus. In recent months, the steady stream of poor economic data out of the region has intensified speculation that the ECB will add to its bond-buying stimulus. Yet its latest wave of quantitative easing faces internal opposition. ECB President Mario Draghi may repeat his call for governments to increase their spending at his final meeting later this month.

This time round, the plea may not fall on deaf ears.

German politicians are coming around to the concept of abandoning the much-heralded “black zero” -- the country’s long-held commitment to a balanced budget -- in case a downturn requires a powerful response. Chancellor Angela Merkel’s government cut its 2020 growth forecast to 1% recently, down from an earlier 1.5%, while China’s economic growth has slowed to levels last seen in the early 1990s.

On top of this, Draghi’s promise of open-ended quantitative easing is also coming into question. The interest rate for overnight loans between European banks, known as Eonia, has actually risen as banks prepare for the start of ECB’s tiered deposit rate system, which is designed to mitigate the cost of lower rates.

Reuters reported last week that the ECB has one year of German debt to buy before reaching its limit, and that policy makers would prefer bending the capital key and buying fewer German bonds instead of changing the issuer limit, also supporting the euro.

Outside the shared currency’s area, add to the mix weak U.S. data, which may force the Federal Reserve to make further cuts, enough in itself to set the euro up for further gains. Production at U.S. factories fell in September by the most in five months, retail sales unexpectedly posted the first decline in seven months, and a gauge of inflation expectations from the New York Fed fell last month to the lowest level since 2013.

Certainly, the euro isn’t out of the woods yet. Dollar liquidity may tighten toward year-end and trade tensions between U.S. and the EU could flare up. As ECB Chief Economist Philip Lane noted, the convergence of inflation toward its aim has recently slowed and partly reversed.

But as sentiment gets increasingly bullish for the euro -- options traders need to pay a premium to own upside exposure across tenors now -- risks are brewing that technical resistance around $1.12 may not be able to absorb buying pressure for long.