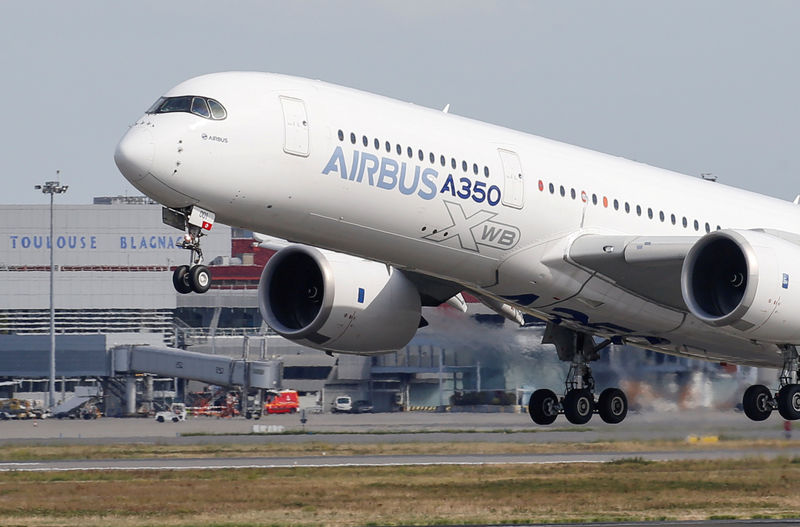 In a statement late on Thursday, Delta Air Lines (N:DAL) called the proposed levy on aircraft from Europe that are already under contract for purchase "an unfair tax on U.S. consumers and companies."

The tariff on Airbus planes creates uncertainty for aircraft delivery terms much like the global grounding of Boeing's 737 MAX in March after two fatal crashes and comes at a time of threats to international air travel demand in the midst of slowing global economic growth and trade disputes.

No. 2 U.S. carrier Delta is not a 737 MAX customer but with some 266 Airbus orders is the most exposed to aircraft levies due to take effect on Oct. 18 after the World Trade Organization gave Washington the right to impose tariffs on $7.5 billion (£6.08 billion) worth of EU goods annually in a long-running case.

For a graphic on Airbus Orders:

Delta spokeswoman Lisa Hanna called on the Trump administration and EU to resolve the 15-year trade dispute "in a manner that respects existing contractual rights." Still, it welcomed Washington's decision to exempt aircraft production and deliveries from Airbus' plant in Mobile, Alabama.

The exemption means that the impact for U.S. airlines with orders for Airbus aircraft assembled in Alabama can be mitigated, Cowen analyst Helane Becker said, pointing to no-frills carrier Spirit Airlines (N:SAVE) as one carrier whose order book would mostly come from Alabama.

Shares of U.S. airlines rebounded on Friday after two days of losses.

Airbus' Alabama plant produces four A320-family narrowbody jets a month, and Credit Suisse (SIX:CSGN) analyst Jose Caiado estimated that the plant could fulfill at least half of the U.S. backlog over the next year at a rate of five jets per month.

Most of budget-friendly carrier JetBlue Airways' (O:JBLU) orders for narrowbody A321s and A220s would also be among those exempt, but the carrier still warned of a hit to travelers and commercial aviation.

"We are concerned about the detrimental impact aircraft tariffs will have on the ability for low-cost carriers like JetBlue to grow and compete, which will harm customers who rely on us to offer competitive, low fares," spokesman Derek Dombrowski said.

JetBlue continues to advocate for a resolution, he said.

Delta and JetBlue, with the second-largest Airbus order among U.S. carriers, had both lobbied for the tariffs to be applied only to new orders.

Delta and United Airlines (O:UAL) have the most orders for A350 and A330neo widebody jets, which Airbus cannot finish in Alabama. Widebody jets, with more premium seats, tend to have higher margins for airlines.

Just last week Delta pledged to buy 14 more A350s as part of a strategy to grow in Latin America through the acquisition of a 20% stake in LATAM Airlines Group (SN:LTM).

Most aircraft leases place the burden of taxes, maintenance and insurance on the operator, Macquarie analyst Sarah Stein said, but noted "it is unclear as to how far reaching the definition of taxes are in lease agreements in a unique scenario such as this one."

The head of Ireland's Ryanair (I:RYA) urged the United States and European Union to pull back from a tariff war over aircraft subsidies and said he would ask Boeing to "eat" any counter-tariffs imposed on the U.S. firm by the EU.