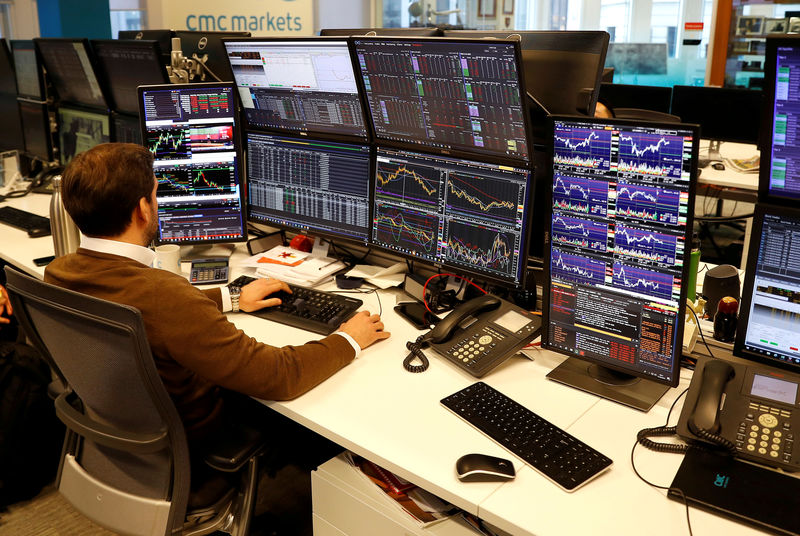 Britain's blue-chip index dropped on Monday as non-oil stocks took a hit from mounting geopolitical risks and growth concerns after crude prices rose due to the attacks on Saudi Arabian production facilities.

The attacks on Saturday shut about 5% of global supply, triggering the biggest intra-day percentage gain in Brent crude since the Gulf War in 1991.

"It looks like investors assess the situation as having potential to further weigh on a geopolitical landscape already beset by the slowing global economy, Brexit and trade," City Index analyst Ken Odeluga said.

Still, losses were seen across the board in all but the energy and utilities sectors. The travel and leisure index (FTUB5700) that also houses airline stocks dropped 1%.

Asia-facing financial shares and miners also weighed on the main index, after data showed that China's slowdown deepened in August with growth in industrial production at its weakest for 17-1/2 years.

Meanwhile, the FTSE oil & gas index (FTNMX0530) jumped 2.8% on its best day in seven months. Premier Oil (L:PMO) and Tullow Oil (L:TLW) gained the most on the index.

"Explorers like Premier Oil, Cairn Energy and Tullow Oil were even bigger beneficiaries as they stand to gain the most from supply shortages and disruption to existing channels," Markets.com analyst Neil Wilson said.

In news-related moves, telecoms company BT (L:BT) rose 3.4% to be among the top gainers on the main index after its chief executive bought shares in the company.

Wealth manager St. James's Place (L:SJP) fell 2.7%, with traders citing a report that said the company would likely axe a bonus scheme for its partners.