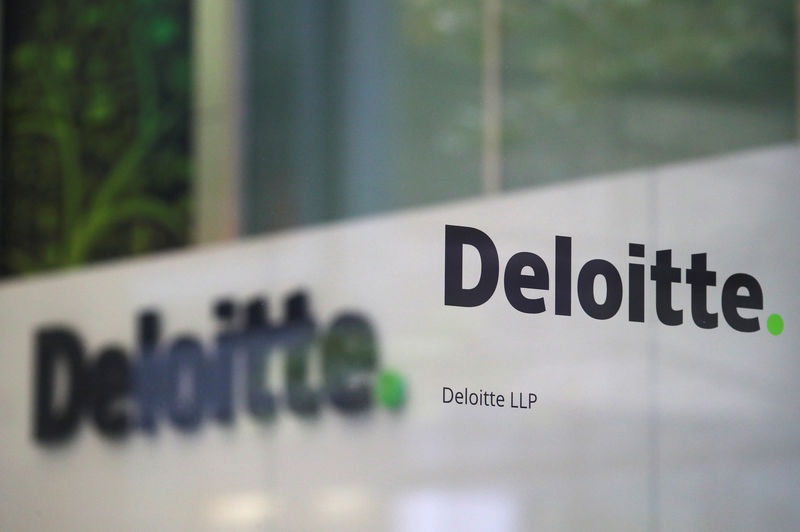 Britain's accounting watchdog has fined Deloitte and one of its partners a total of 4.62 million pounds ($5.81 million) for misconduct related to the audit of financial statements of Serco Geografix Ltd (L:SRP) for 2011 and 2012.

The penalty for Deloitte, one of the world's Big Four accounting firms with EY, KPMG and PwC, comes at a sensitive time for the audit sector as Britain's government considers how to implement a proposed sweeping reform of auditing.

Lawmakers have called for a major shake-up of accounting after the failures of retailer BHS and construction company Carillion.

Both parties were sanctioned for failure to act in accordance with the fundamental principle of professional competence and due care.

Deloitte will also pay 300,000 pounds towards the costs of the investigation, the regulator said on Thursday.

In addition, Deloitte has committed to provide all its audit staff with FRC-approved training aimed at rectifying the shortcomings that led to the misconduct.

Deloitte said it recognised and regretted its audit work on Serco Geografix in 2011 and 2012 was below the expected standards.

"We have a programme of continuous improvement for our audit quality processes ... We have also specifically agreed with the FRC certain actions focussed on learning lessons from the shortcomings in this audit work," Deloitte said in a statement.

Serco, one of Britain's largest government contractors, said on Wednesday its Serco Geografix unit and Britain's Serious Fraud Office had reached a so-called Deferred Prosecution Agreement (DPA) under which the company is expected to pay 19.2 million pounds to draw a line under a scandal over how it billed for electronic tagging contracts.

The FRC said it had to wait for the DPA to be announced before it could publish its own fine on Thursday, which was agreed with Deloitte earlier in the year.

The FRC said it would publish full details of the case at a later date.