Leading Forecaster Expects Pound to Climb 6% By End of 2019 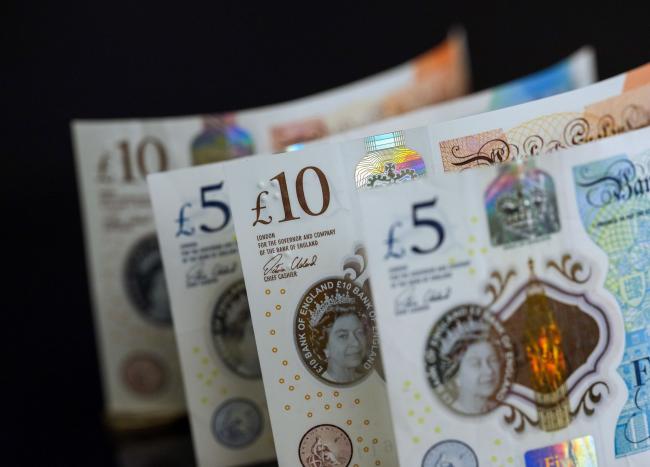 One of the pound’s most accurate forecasters is predicting the currency will rebound on expectations that Britain will miss the latest deadline for leaving the European Union.

Svenska Handelsbanken AB sees sterling climb about 6% to $1.33 by the end of the year as Brexit gets delayed for a third time beyond Oct. 31 and as the dollar weakens. The bank was among the top firms in the Bloomberg accuracy rankings from in the second quarter, after successfully factoring in that Brexit would be postponed beyond its originally scheduled date of March 29.

"Our main scenario is that the exit date will be postponed again," said Kiran Sakaria, an analyst at the bank.

Their view is one of the most bullish and compares to a median forecast for the pound of $1.28 at year-end. The forecast defies the gloom from some investors who predict a fall in sterling if Boris Johnson becomes prime minister in the coming weeks, potentially raising the threat of a no-deal departure. Sakaria thinks the currency has in fact already bottomed out.

“We expect cable to start trending higher now,” he said. “The U.S. economy will start slowing down, at the same time we will see rate cuts from the Fed.”

While the Bank of England has held out the prospect of rate hikes if Brexit goes smoothly, money markets are betting it will have to change tack to cut borrowing costs amid a global downturn. BOE Governor Mark Carney said this week trade tensions have increased the risks to domestic growth.

Handelsbanken expects the central bank to keep rates on hold, and that the Brexit delay will ultimately lead to a general election or a second referendum. Even in that scenario, Sakaria is betting the pound will continue to outperform the dollar into 2020. Before then Handelsbanken sees sterling rise to $1.31 by the end of August.

The pound has been tough to predict throughout the Brexit process with sudden political developments leading to big moves and bigger reversals. Sakaria said the key to Handelsbanken’s success has been focusing on short-term factors like the business cycle, interest rate differentials and risk appetite.

All of these had been coming up sterling negative throughout the first half of the year. But now the same signals are flashing more bearish for the dollar, with the possibility of a July Federal Reserve interest rate cut and a U.S. slowdown, he said.