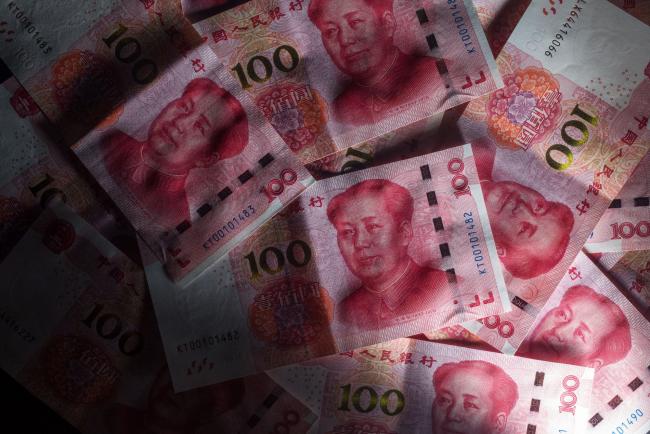 Yuan traders rushed to bet on a stronger currency as it suddenly heads for its best week since January.

Volume in dollar put options that expire within two weeks surged on Friday, according to two traders who are not authorized to be named commenting publicly on the market. There was also high demand for derivatives that rise when the yuan turns more volatile, they said. The buying activity comes only days after the traders and two others said they bought contracts protecting against depreciation.

China’s currency traders were caught off guard Wednesday after U.S. President Donald Trump said he was optimistic ahead of next week’s meeting with Chinese counterpart Xi Jinping in Japan. The yuan has strengthened 0.9% since, and investors are positioning for a wilder ride after the Group of 20 summit: the yuan’s two-week implied volatility surged 48% this week, the most since trade tensions between the U.S. and China escalated in mid-May.

"The phone call was definitely something that was very hard for anyone to foresee so it was a surprise to the market," said Irene Cheung, a senior strategist at Australia & New Zealand Banking Group Ltd. "The market has turned from being long dollars to going short."

An increasingly dovish Federal Reserve has also shifted expectations on the greenback. The Bloomberg Dollar Spot Index fell 1.2% this week, the most since February 2018, after Fed chief Jerome Powell opened the door to an interest rate cut as early as next month.