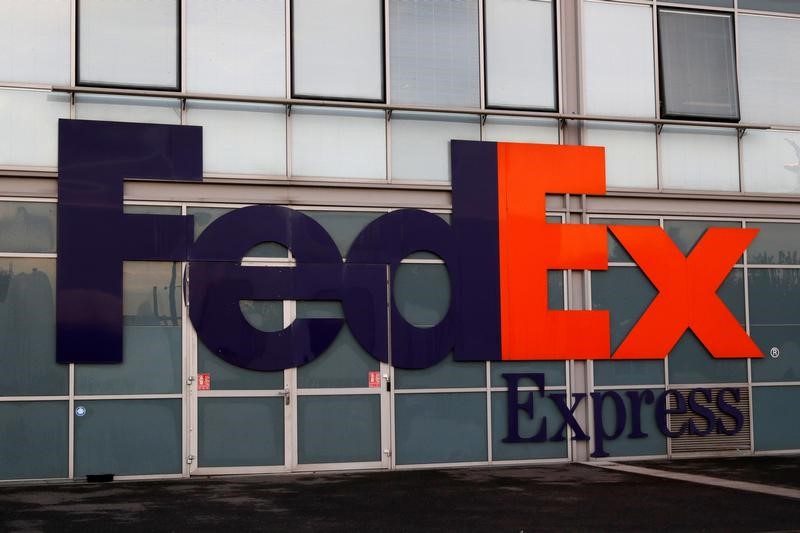 • FedEx (NYSE:FDX) stock slumped 3.4% after China launched a probe into the shipping company, saying packages intended for tech giant Huawei were diverted to the U.S.

• Boeing (NYSE:BA) stock fell 1.4% by 8:15 AM ET (12:15 GMT) after the Federal Aviation Administration said that some of its 737 planes could have defective parts in their wings. The company has 10 days to fix the damaged parts. The airplane maker is under increased scrutiny due to two fatal crashes involving its 737 Max, which remain grounded.

• Alphabet (NASDAQ:GOOGL) stock fell 3.3% after the company’s subsidiary Google suffered an outage to its YouTube, Gmail and Google Cloud services on Sunday, damaging its reputation in the fast-growing cloud services market.

• Amazon.com (NASDAQ:AMZN) stock was down 0.8% after the Washington Post and New York Times reported the Department of Justice had agreed to let Federal Trade Commission lead antitrust oversight of the company. Such agreements generally presage tighter scrutiny, both papers reported.

• Apple (NASDAQ:AAPL) stock inched up 0.2% ahead of its biggest event of the year, the World Wide Developers conference, where it is expected to announce new products and operating systems.

• Cypress Semiconductor Corporation (NASDAQ:CY) stock jumped 26.1% on news that it is being acquired by German chipmaker Infineon Technologies (DE:IFXGn) in a $10 billion deal that includes debt.

• Humana (NYSE:HUM) stock surged 3.3% after it said in a SEC filing that it won't pursue a merger with Centene (NYSE:CNC), in response to Centene’s planned acquisition of WellCare Health Plans. Centene fell 6.9%.