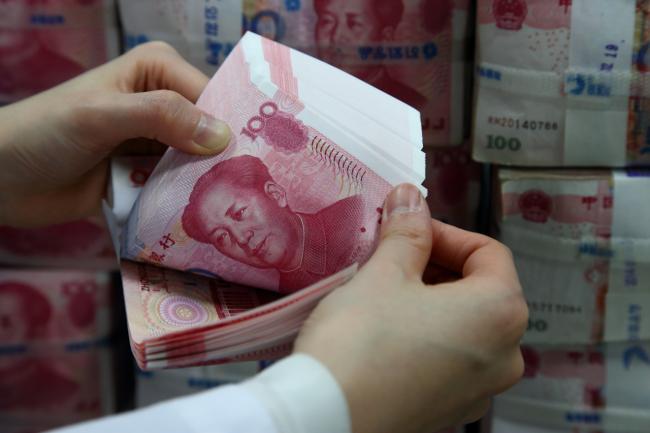 Sign up for Next China, a weekly email on where the nation stands now and where it's going next.

China’s yuan, already battered by the U.S. trade dispute, will soon have a catalyst for further depreciation.

Offshore-listed Chinese companies will sell the yuan to buy foreign currencies and fund their $18.8 billion dividend bill due from June to August, according to Bloomberg calculations. While that’s less than last year’s $19.6 billion, the payments come at a sensitive time: the yuan is near its weakest this year and speculation is mounting it will fall to 7 per dollar, regarded as a key psychological level.

The offshore yuan has already dropped about 2.9% in May, making it one of the world’s worst-performing currencies. The spat with the U.S. has put the yuan under pressure because it is likely to hurt China’s economic growth and narrow its trade surplus, while there’s also the possibility the central bank will weaken the currency to offset the blow from tariffs. The U.S. increased levies on Chinese imports on May 10 and has threatened more.

“The yuan will face seasonal depreciation pressures,” said Tommy Ong, managing director for treasury and markets at DBS Hong Kong Ltd. “But a more important driver for the exchange rate is the trade talks. The currency may weaken towards 7 amid the negotiations, but won’t break that level as that would agitate the U.S.”

The peak for dividend payouts will come in July, when Chinese companies hand out $9.9 billion to shareholders. Pressure on the yuan could build before then as firms buy foreign-exchange to prepare themselves, though they might not need to if they already hold dollar reserves offshore.

Hong Kong-listed banks are among the biggest payers. China Construction Bank Corp. will hand out $4.2 billion in July, and Bank of China Ltd. will pay $2.1 billion, according to Bloomberg calculations based on exchange filings.

Beijing has moved to support the yuan: the People’s Bank of China set its daily reference rate stronger than analysts and traders projected Monday. The offshore yuan was up 0.11% at 6.9417 per dollar as of 5:06 p.m. in Hong Kong, after touching as low as 6.9514 earlier in the day. The onshore rate strengthened 0.08%.

Foreign inflows to onshore stocks and bonds due to index inclusion could help partly offset the pressure that dividend payouts place on the yuan, said Alan Yip, a senior foreign-exchange strategist at Bank of East Asia Ltd. But the currency may still slide to as weak as 6.98 per dollar because of the trade war, he said.

Foreign investors’ holdings of onshore stocks and bonds stood at 3.5 trillion yuan ($506 billion) at the end of March, a 37% surge from a year earlier, according to official data. That figure is set to grow as MSCI Inc. adds more A shares to its gauges and after yuan bonds started to get included in a major global index in April.