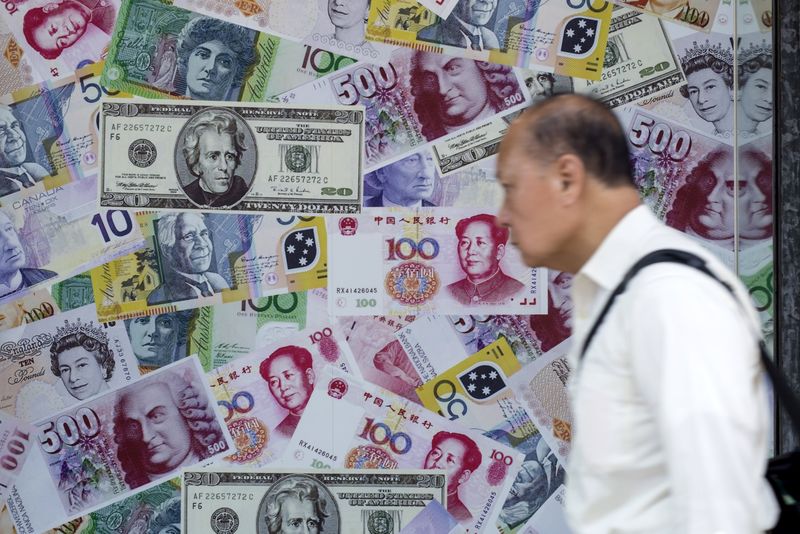 Concern over escalating trade tensions between the U.S. and China increased risk aversion in the currency markets for a second day, increasing appetite for the safe-haven yen.

The U.S. confirmed this week that it planned to raise tariffs on $200 billion of Chinese goods this Friday, escalating the tension in trade negotiations between the world’s two largest economies.

The move came as a surprise to markets that had followed constant remarks of progress and hopes that an end to the 10-month dispute was around the corner, with top-level officials from both sides holding a meeting in Washington on Wednesday and Thursday.

“It’s imperative that trade tensions are resolved in a way satisfying for everyone because clearly tensions between the United States and China are the threat to the global economy,” International Monetary Fund Managing Director Christine Lagarde said in Paris on the sidelines of a meeting with the French government, Reuteres reported

Many analysts commented that both sides may only be posturing ahead of the high-level trade talks, but U.S. Trade Representative Robert Lighthizer appeared to make clear that tariffs were going up.

Global equities reacted with sharp declines while the VIX, known as the fear gauge, soared more than 20% to its highest level since the end of January.

With risk aversion in high gear, demand for the safe-haven yen was on the rise. USD/JPY was down 0.3%, despite an increase of 0.1% in the U.S. dollar index, which measures the greenback’s strength against a trade-weighted basket of six major currencies.

The Chinese yuan, to the contrary, dropped to a four-month low against the greenback as traders worried over the economic impact of further tariffs.

In other currency news, the Turkish lira was under pressure as the country’s election authorities annulled results for Istanbul’s recent municipal election. The decision triggered immediate street protests in Turkey’s largest city against the government of President Recep Tayyip Erdogan, whose critics accused him of reversing a legitimate election.

The Aussie dollar scaled positions against the greenback on Tuesday as Australia’s central bank kept interest rates on hold, upending bearish speculation that it could ease policy after a weaker-than-expected inflation reading.

The euro also traded slightly lower against the U.S. dollar as German factory ordersrendered a weaker-than-forecast rise, adding to concerns over growth in the euro zone’s largest economy.

Cable dropped 0.4% as David Lidington, minister for the U.K. Cabinet Office, admitted that Britain will have to take part in European Parliament elections on May 23 as there is not enough time left to get an exit deal ratified by parliament before then, as the dispute between the ruling Conservative Party and opposition Labour Party drags on.