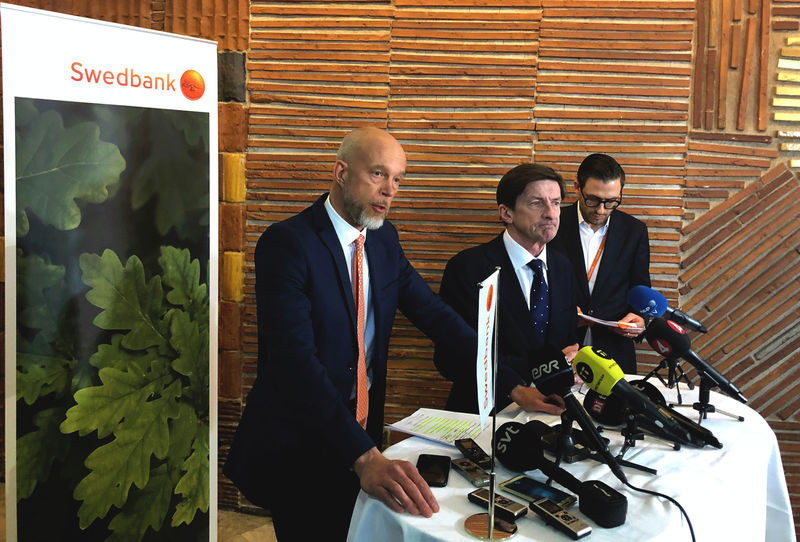 Swedbank Chairman Lars Idermark has quit just a week after the lender's chief executive was ousted over her handling of a money laundering scandal, saying the controversy threatened to distract from his role as head of forestry group Sodra.

The bank, Sweden's biggest mortgage lender, had fired its CEO Birgitte Bonnesen last week only an hour before a heated annual shareholders meeting, marked by disgruntled shareholders rounding on her handling of the money laundering allegations.

Allegations against Swedbank, largely reported by Swedish TV, have linked it to a scandal at Danske Bank, which faces potential lawsuits, fines and sanctions after admitting last year that some 200 billion euros (171 billion pounds) of suspicious payments had flowed through its Estonian branch between 2007 and 2015.

"Following recent strong debate about Swedbank and questions about the bank’s control of suspicious money laundering in the Baltics, I have concluded that the media attention is not compatible with my CEO role at Sodra," Idermark said in a statement on Friday.

"Therefore, I have decided that the best alternative is to leave the position as chair of Swedbank with immediate effect," Idermark added.

In connection with last week's shareholder meeting, where many investors were vocal in their criticism of the bank's management, third-largest owner Alecta had warned it could demand further dismissals if the board did not take immediate action to restore confidence in the bank.

Both Bonnesen and Idermark had been under fire for the bank's communications and how they have handled the allegations, which have sparked a four-way probe by regulatory authorities in Sweden, Estonia, Latvia and Lithuania and has seen Swedbank lose about a third of its value.

Swedbank shares were down 1.7 percent at 144 crowns by 0723 GMT, having recovered from a seven-year low of 127.2 crowns set on March 29 when the departure of its CEO was announced.

The committee in charge of the bank's executive appointments said it would intensify its work on strengthening the board, including finding a new chairman, and would call a special shareholders' meeting to confirm any appointment.